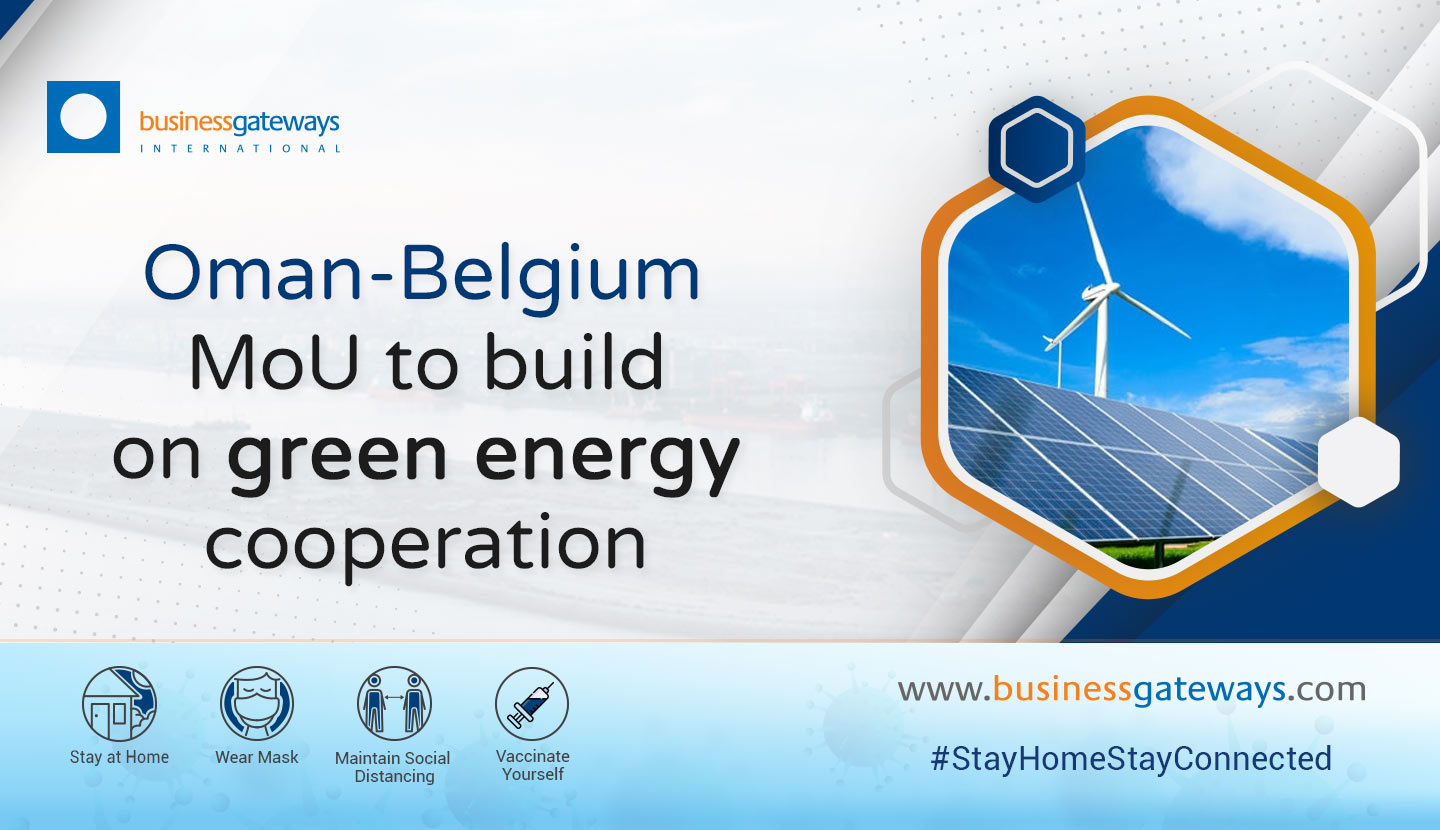 Strategic linkages: The two countries commit to collaborating on standards, scientific research and academic interaction in support of the anchor HYPORT Duqm project.

Oman and Belgium signed a Memorandum of Understanding (MoU) here on Sunday to collaborate on a wide range of green energy-related issues.

The MoU signing, which was held under the auspices of Dr Mohammed bin Hamad al Rumhy, Minister of Energy and Minerals, builds on last year’s landmark agreement linked to the development of a world-scale green hydrogen scheme – dubbed HYPORT Duqm – at the SEZ in Duqm.

HYPORT Duqm is a joint initiative of OQ Alternative Energy (a division of OQ – the Sultanate’s integrated energy group) and DEME Concessions of Belgium (which is a key shareholder in Port of Duqm). Recently, German energy giant Uniper was also signed on to provide engineering services and negotiate an exclusive offtake agreement of green ammonia from the project.

In the first phase, the HYPORT Duqm project will develop a 250 to 500 MW green hydrogen facility in the Special Economic Zone at Duqm. The facility is planned to come into operation in 2026 and will respond to the global demand for green hydrogen and its derivatives. HYPORT Duqm Phase 1 will establish a complete power-to-product value chain at a utility-scale, combining first-of-a-kind technology integration with economies of scale, producing competitive green hydrogen and green ammonia.

Future expansions are foreseen in subsequent phases, whereby a further scaling up of the value chain will transform the Duqm SEZ into a Green Hydrogen hub in Oman and the wider region. HYPORT Duqm showcases the development of a complete green hydrogen value chain, from the installation of up to 1.3 gigawatt-peak (GWp) of renewable power generation capacity from solar and wind (Phase 1), via the electrolysis-based hydrogen production to the synthesis of green ammonia. HYPORT Duqm will connect to Port of Duqm’s brand-new export terminal, storage infrastructure and liquid jetties and will use Port of Duqm as its gateway to deliver competitive decarbonised molecules to users worldwide.

In addition to collaborating on the anchor HYPORT Duqm project, the “MoU also calls for implementing standards for green certification of grid electricity, the interaction between universities, scientific research institutions and the private sector of both countries,” the Ministry further noted.