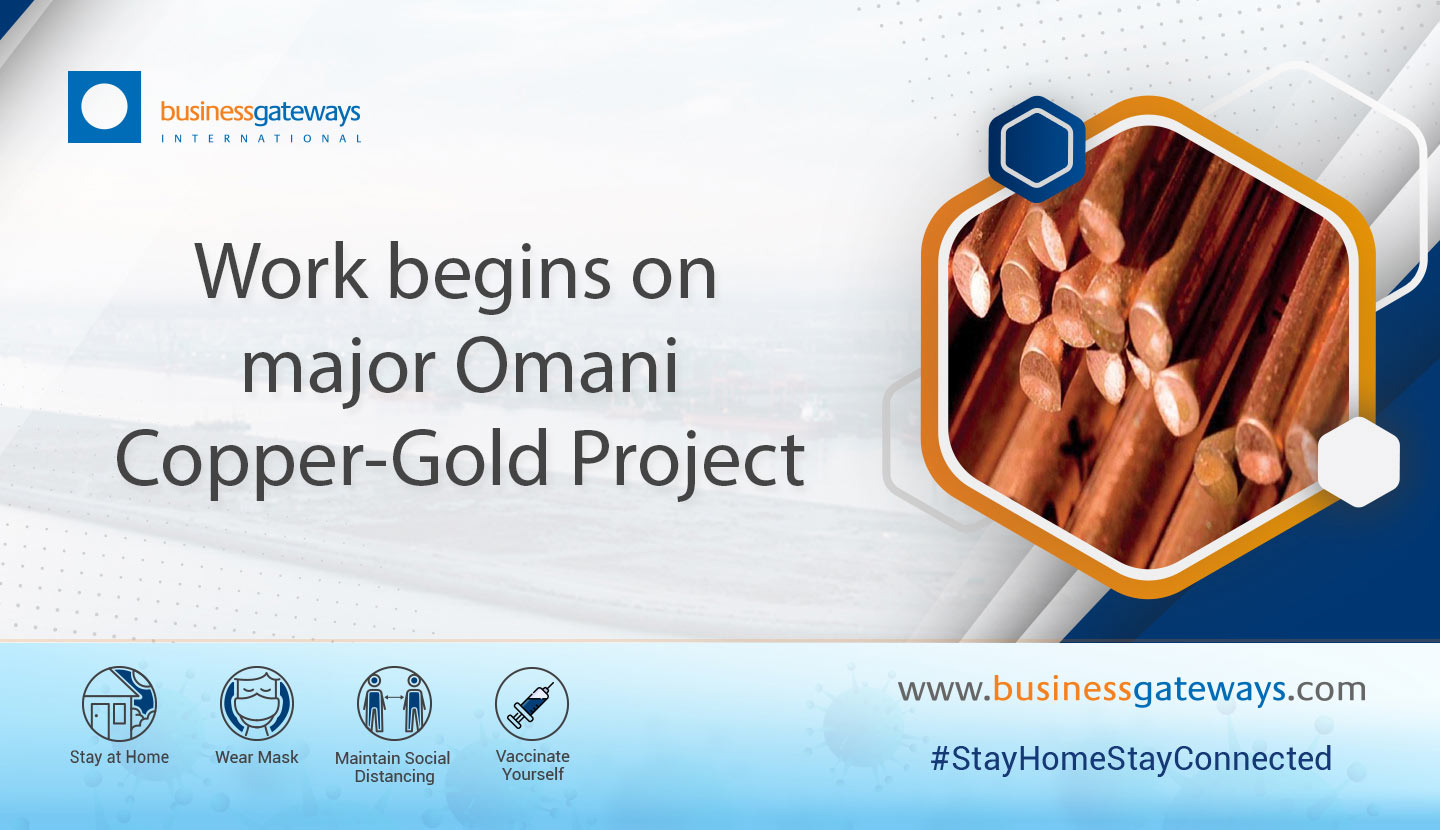 Al Hadeetha Resources LLC, a joint venture Omani-Australian minerals exploration and development company, has announced the formal commencement of construction work on a major copper-gold project in the Washihi-Majazza area of Al Mudhaibi Wilayat in the Sultanate.

The project, which heralds a new era in copper ore exploration and processing in the Sultanate, involves the construction of an open pit mine, the installation of a one million tons per annum (MTPA) copper concentrator plant and other associated infrastructure, said Atmavireshwar Sthapak, Managing Director, Al Hadeetha Resources.

“With support from all Oman government authorities, financial institutions, and JV partners we are very pleased to report that construction of the Washihi Majazza copper project in North Al Sharqiyah Governorate has now commenced. The project will offer several socioeconomic benefits in the Sultanate such as direct employment, local skill development, opportunities for local supplier/vendors, infrastructural development like electricity and roads in the region,” Sthapak noted in a statement to the Observer.

Australian-based mining firm Alara Resources is a majority investor in the joint venture with a 51 per cent stake. Al Hadeetha (30 per cent) and Al Tasnim (19 per cent) are partners as well. The goal of the project is to commercialise an estimated 16 million tons of copper ore – billed as the largest single copper resource in the Sultanate to date.

Following the receipt of approvals from the local municipality, the contractor began mobilising its team and equipment at the mine site. A makeshift village is being constructed to house the project’s 325-strong workforce representing construction, mining and plant operation crews.

In addition, contracts for equipment purchases and other support infrastructure totaling $17.8 million have been awarded, according to Al Hadeetha Resources. Mining, rock breaking and crushing equipment, as well as conveyor belts, grinding mills, vibrating screens and related electrical systems have been procured from a number of countries, including China, India, Finland, Italy, and USA, besides Oman.

“The project construction period is estimated to be 18 months with production of copper concentrates commencing by the last quarter of 2022,” Sthapak added.

In June 2018, Al Hadeetha Resources became the first international joint venture company to be awarded a copper mining licence in Oman. Other investors have since followed suit, adding new momentum to efforts to revive the Sultanate’s longstanding copper mining industry.