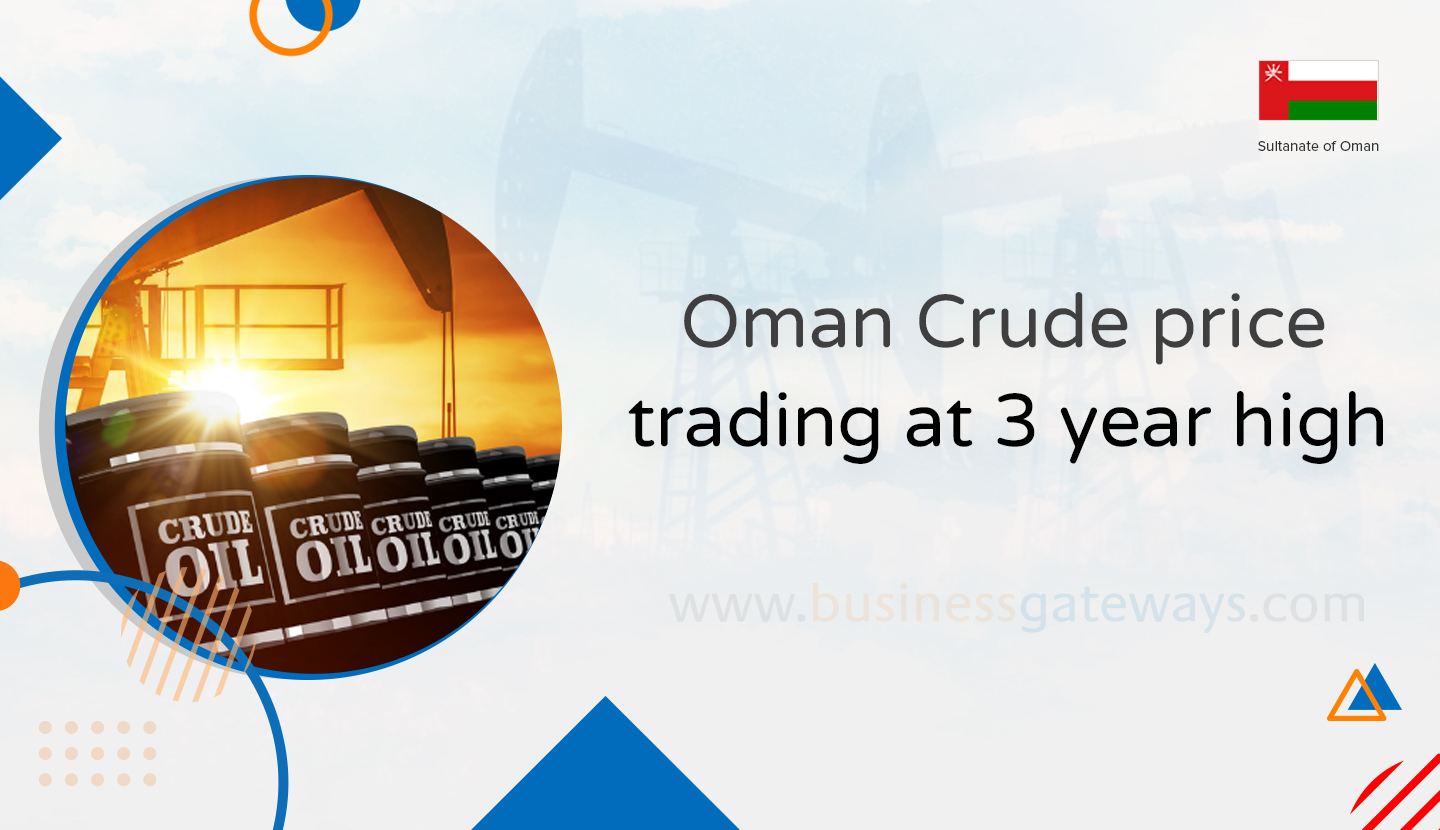 The marker price of Oman Crude Oil Futures Contract (OQD) soared above the $80 per barrel mark for the first time in nearly three years to settle at $80.46 per barrel in trading on the Dubai Mercantile Exchange (DME) on Wednesday.

Oman’s benchmark crude gained $0.98 from the previous day’s closing price of $79.48 per barrel in trend with sharp increases recorded by other international crude benchmarks following a decision by OPEC+ to stick with an existing plan to raise output gradually.

Wednesday’s high matches levels were last seen on October 17, 2018, when the Oman Crude Oil Futures Contract hit $80.89 per barrel midway through a rally that lifted prices to as high as $88.96 per barrel on September 26, 2018, after surging an unprecedented 8 per cent overnight.

Meanwhile, Reuters reported that oil hit a multi-year high on Wednesday above $83 a barrel, supported by OPEC+'s refusal to ramp up production more rapidly against a backdrop of concern about tight energy supply globally.

The market later unwound those gains due to an American Petroleum Institute (API) report showing rising crude inventories in the United States and, analysts said, technical indicators suggesting oil has rallied too fast.

On Monday, the Organisation of the Petroleum Exporting Countries and allies, known as OPEC+, chose to stay with a plan to increase output gradually and not boost it further as the US and other consumer nations have been urging.

"An energy crisis is unfolding with winter in the northern hemisphere still to begin, and sets the stage for even higher oil prices," said Stephen Brennock of oil broker PVM.

The price of Brent has surged more than 50 per cent this year, adding to inflationary pressure that could slow recovery from the COVID-19 pandemic. Natural gas has surged to a record peak in Europe and coal prices from major exporters have also hit all-time highs.

"That may signal some daily pullbacks this week but does not change the underlying bullish case for oil," he said.