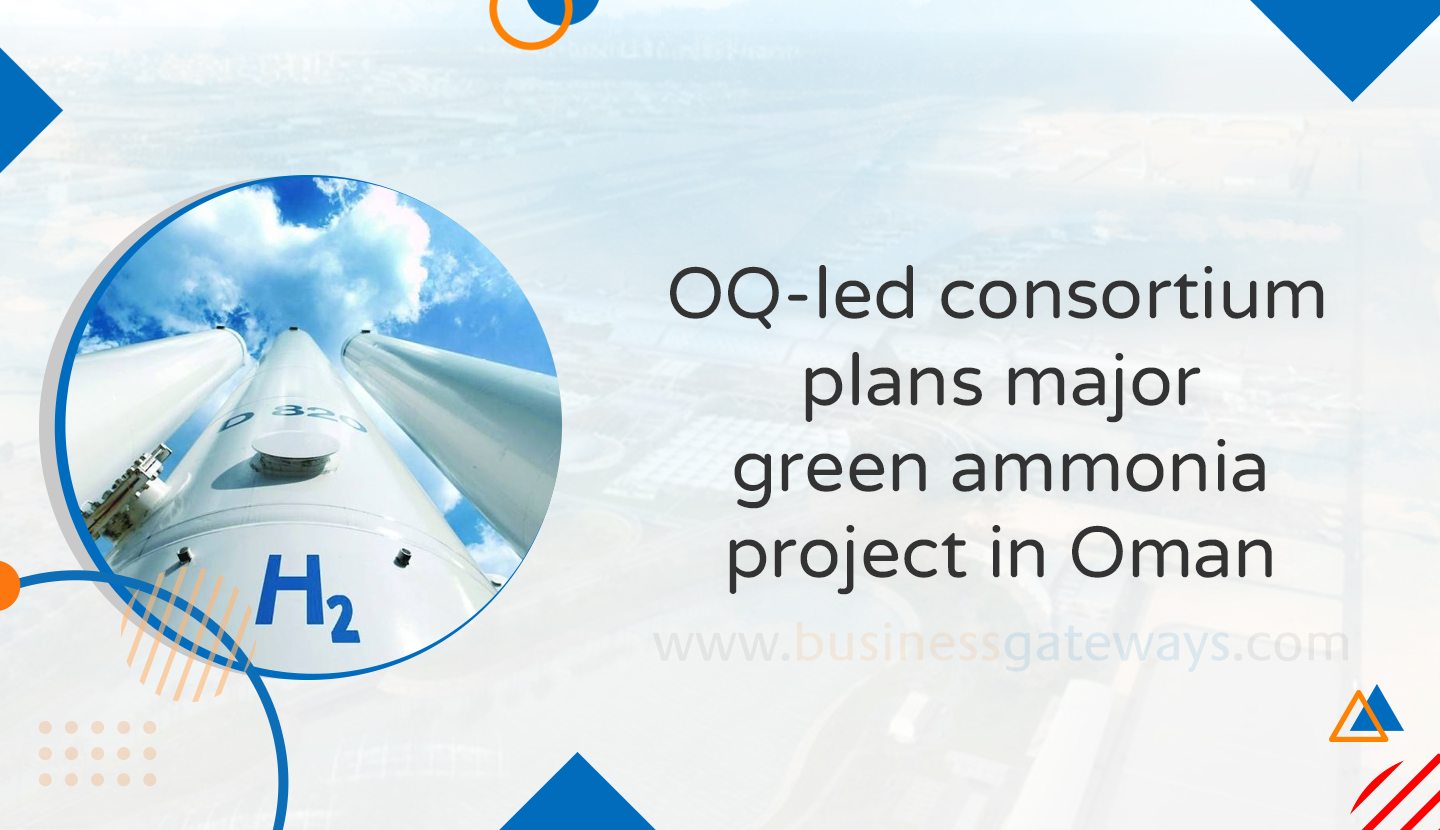 The Salalah region enjoys rich solar and wind resources supported by a world-class shipping infrastructure at the Port of Salalah; all of which position the region to be a global hub for the production and export of green hydrogen and green ammonia. The project, named ‘SalalaH2’, targets the production of up to 1000 tons per day of green ammonia, utilizing OQ’s existing ammonia plant in Salalah. An electrolysis facility with a capacity of up to 400 MW will be constructed to produce green hydrogen. Approximately 1 GW of solar and wind energy, produced either by existing or new facilities, will be used to power the electrolyzer.

The Consortium is currently conducting studies that will provide the basis for an investment decision. Various offtake streams will be explored and coordinated with the OQ ammonia plant’s current offtake including the co-firing needs of coal-fired power plants in Asia, the renewable feedstock needs of fertilizer plants in Europe and the decarbonization needs of the global shipping industry. The project is set to create a positive impact on Oman’s national economy through the diversification of its energy infrastructure, the transformation of its skills base and the transfer of new technologies into the region. Dr Salim al Huthaili, CEO Alternative Energy at OQ said: “OQ is excited to enter into this unique opportunity as the integration of the Salalah cluster between LPG, methanol and ammonia is already bringing great synergies. Integrating green molecules, and green hydrogen into the system is a true transition story to pave the path towards decarbonisation. The potential of low carbon hydrogen production is promising in Oman and this partnership reflects OQ's, and our shareholder OIA’s deep commitment towards maximising value and diversifying Oman’s economy in line with Vision 2040. Yuji Sato, General Manager of the Middle East and Africa Dept., Power Division in Tokyo, Japan, stated: “Marubeni is keen on leading the development of this project to support the hydrogen economy in Oman utilizing our abundant experience in acting as a lead developer of renewable projects in the Middle East and the world. We are committed to the energy transition and an active participants in the decarbonization of the world economy. We are delighted to be part of this project in Oman, one of our most important markets in the region.”

Philippe Peccard, Linde’s Vice President Clean Energy, added: “At Linde, we believe that hydrogen and its derivatives will play a key role in reshaping the global energy landscape, and as a leader in the production, processing, storage and distribution of hydrogen, we are proud to be a partner in the SalalaH2 project which we expect to be transformational for the local society.” Tariq Baker, Vice Chairman of, Dutco group of companies, said: “Dutco has strategically positioned itself to be part of the hydrogen economy through driving new investments in the value chain of production of green hydrogen and green ammonia. The diversified and unique set of global capabilities of the members of this consortium will greatly contribute to making the SalalaH2 project a showcase project that will allow Oman to position itself as a global player in the production and export of green hydrogen/green ammonia.”