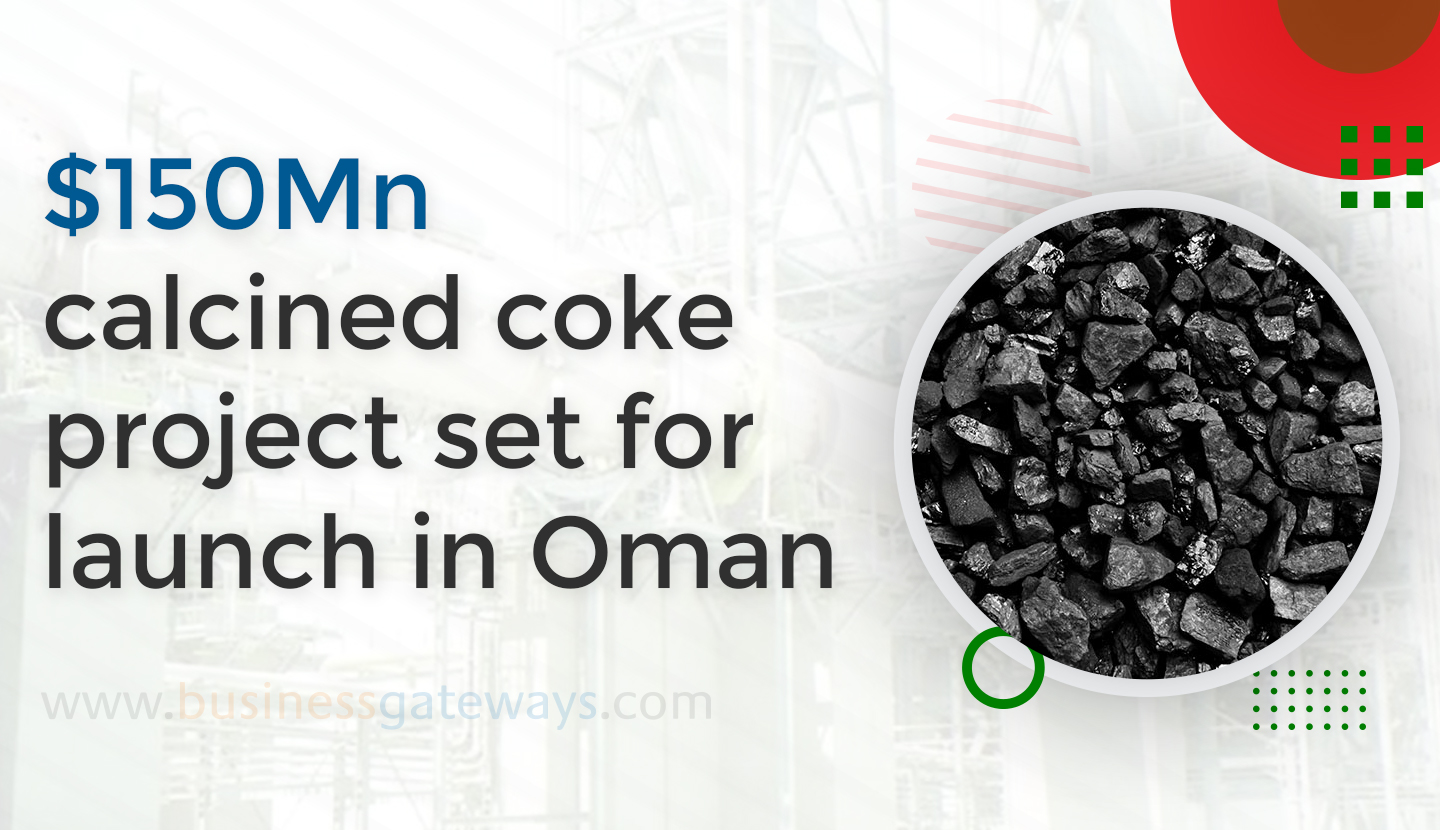 Oman’s first petroleum coke calcining (CPC) project is set for a ‘soft launch at the Sohar Freezone. Sanvira Carbon FZC, established with an investment of around $150 million, will help add value to the sizable amounts of petroleum coke (petcoke) currently being generated by refineries in the Sultanate of Oman as a byproduct of the refining process. Hitherto exported as a relatively low-value fuel resource, petcoke can be upgraded into calcined petroleum coke which is widely used as carbon anodes in aluminium smelters, among other applications. The multibillion-dollar smelter of Sohar Aluminium, located a short distance from Sanvira Carbon’s plant, is seen as a likely customer for the former’s calcined coke output. Thus in addition to adding value to a relatively wasteful byproduct, the new project will help reduce dependence on calcined coke imports, it is pointed out. A key investor in Sanvira Carbon is Oman National Investments Development Company (TANMIA), part of Oman Investment Authority (OIA) – the integrated sovereign wealth fund of the Sultanate of Oman. Indian calcined coke manufacturer Sanvira Industries Limited, based in Hyderabad, is also a partner, as is United Business Trading of the Sultanate of Oman.

At full capacity, Sanvira Carbon will produce around 600,000 tons per annum of calcined petcoke. This compares with aggregate demand of around 1.5 million tons of the commodity in the Gulf region, according to a report in ‘Duqm Economist’, the quarterly newsletter of the Public Authority for Special Economic Zones and Free Zones (OPAZ). United Business Trading’s CEO, Said bin Salim al Hajri, was quoted by the newsletter as saying that the Gulf region represents a promising market for Sanvira Carbon’s output. “The GCC countries have the largest aluminum smelters in the world (because of the availability of) gas. For that reason, the factory has been established in Sohar Freezone to get easy access to the aluminium producers in GCC, on the one hand, and (to benefit from the proximity to) the Sohar refinery (of OQ), which supplies the required raw materials.”

In support of its marketing strategy, Sanvira Carbon has signed memoranda of cooperation with a number of companies in Qatar, UAE and Saudi Arabia, as well as BP in France. Some volumes are expected to be exported to customers in Europe, Al Hajri stated. Significantly, waste heat generated during the calcining process will be harnessed to produce 24 megawatts of electricity, which will be supplied to other industrial consumers in the area. “This energy will be available to companies operating in Sohar Freezone at a cost lower than the usual electricity cost,” said Al Hajri. Additionally, Sanvira Carbon is in discussion with Minerals Development Oman (MDO), the country’s mining and mineral investment flagship – also part of Oman Investment Authority – plans to establish a limestone factory, he added. Part credit for the early implementation of the calcining petcoke plant in Sohar Freezone goes to the Oman Vision 2040 Implementation Follow-up Unit, whose predecessor agency (the Implementation Support and Follow-up Unit ISFU) helped facilitate all of the requisite approvals for the delivery of the project. The calcined coke venture was among dozens of manufacturing and petrochemicals related proposals, approvals for which were facilitation by the government as part of the Tanfeedh initiative for accelerating economic diversification.