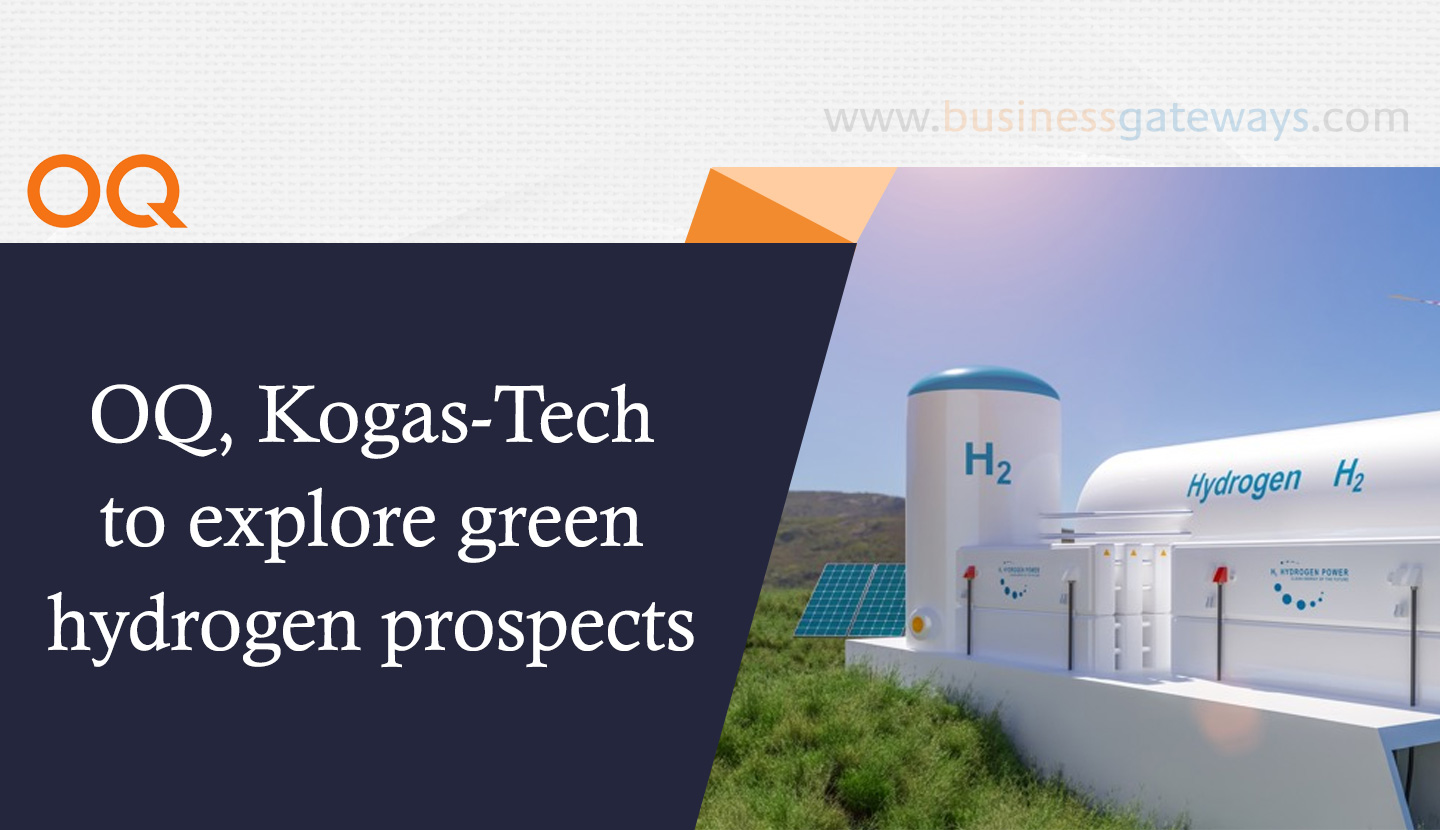 Oman-based OQ Group, a globally integrated energy company, has signed an agreement with South Korea’s Kogas-Tech aiming at exploring potentials of cooperation between the two sides in hydrogen-related opportunities.

Oman is blessed with favourable wind and solar resources making it one of the best countries to produce green hydrogen. Alternative energy is considered to be one of the selective growth areas at OQ, and collaborations have been established in the past few months between OQ and world-class partners to explore potential opportunities in this evolving industry. This partnership with Kogas-Tech marks another major milestone in the future development of green hydrogen in Oman.

Talal Al Oufi, CEO of OQ said: “In the Sultanate of Oman, we are blessed with an abundance of wind and solar energy. In line with global trends, Oman is witnessing a major shift towards the production of green hydrogen and ammonia, and OQ is proud to be leading the efforts to harness green energy in Oman. This MoU with Kogas-Tech is a step towards expanding the knowledge, technological and research pool on green hydrogen and we are confident that this cooperation will lead to innovative solutions in this field.”