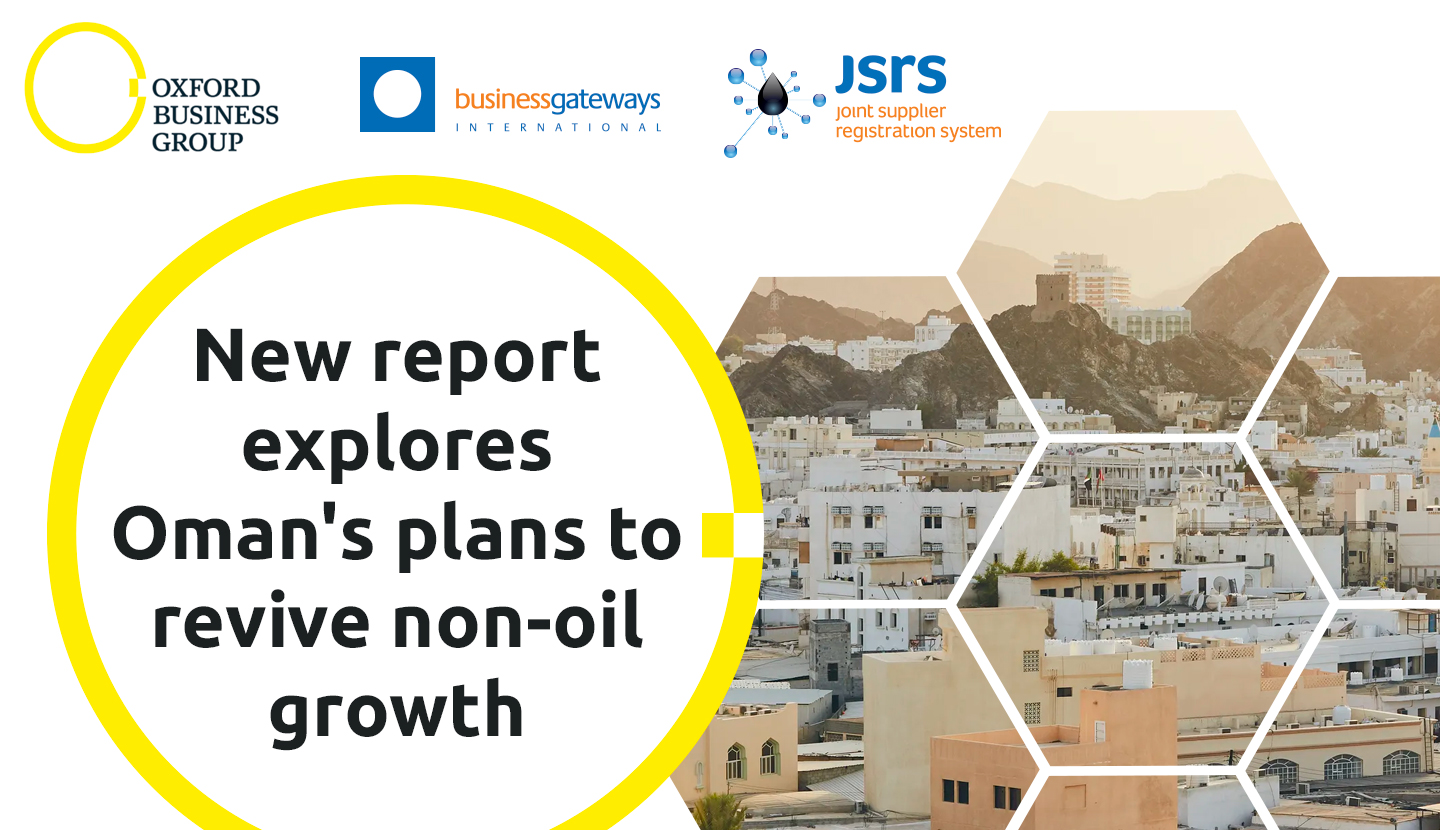 A new report by the global research and consultancy firm Oxford Business Group (OBG), produced in partnership with the Oman Chamber of Commerce and Industry (OCCI), maps out the Sultanate of Oman’s efforts to put privatisation and diversification at the heart of its strategy for sustainable economic growth. The Oman Economic Briefing provides in-depth analysis of the recent challenges that the Sultanate faced due to depressed global oil prices, and its long-term targets for economic development, in an easy-to-navigate and accessible format, focusing on key data and infographics.

It highlights the segments of the economy that have been identified as ripe for development, such as mining, tourism and logistics, and which, will be key in helping the Sultanate of Oman achieve its Vision 2040 objectives. In its coverage of the industrial sector, the report examines the country’s bid to boost economic growth outside of Muscat by investing in special economic zones and encouraging the expansion of industrial estates. The economic briefing puts the coastal city of Duqm, the Salalah Free Zone, Sohar Port and Freezone, and Khazaen Economic City under the microscope, highlighting the incentives and advantages they offer and the government’s plans for developing them further. The Sultanate of Oman’s plan to accelerate development through public-private partnerships (PPPs) is another focus. In this section, the economic briefing looks at the country’s plans to privatise $1.8bn of state assets under the Tanfeedh initiative. Licence holders will also find details of the measures and initiatives that are spearheading the Sultanate of Oman’s efforts to improve its fiscal position after years of sustained growth were curtailed by lower global oil prices and fallout from the pandemic.

The report contains in-depth interviews with high-profile representatives from both the public and private sectors, in which topical issues are explored, including the country’s privatisation plans and the role of new legislation in enhancing its business environment. Commenting before the report’s launch, Redha Juma al Saleh, Chairman, OCCI, said the private sector had expanded its role in the Omani economy over the years, with investors today not only providing most of the funding for projects, but also assuming more of the risk, rather than being focused solely on the execution stage. “Together with FDI and privatisation, PPPs will play a key part in enhancing the Sultanate’s investment landscape,” he said. “These shifts will put the private sector on track to become the primary driver of economic growth, in line with the Vision 2040 development strategy.” Jana Treeck, OBG’s Managing Director for the Middle East, added that the Sultanate of Oman’s natural assets and geographic location meant it was well placed to continue pursuing its diversification plans, which were already delivering results before the pandemic. “While Oman’s economy contracted by 6.4 per cent in 2020, we anticipate a steady recovery, led by a return to positive growth of 2.5 per cent this year, according to the IMF,” she said. “Looking ahead, Oman has shown prudence in remaining focused on its long-term target of increasing the contribution of non-oil industries to 90 per cent of GDP by 2040.”