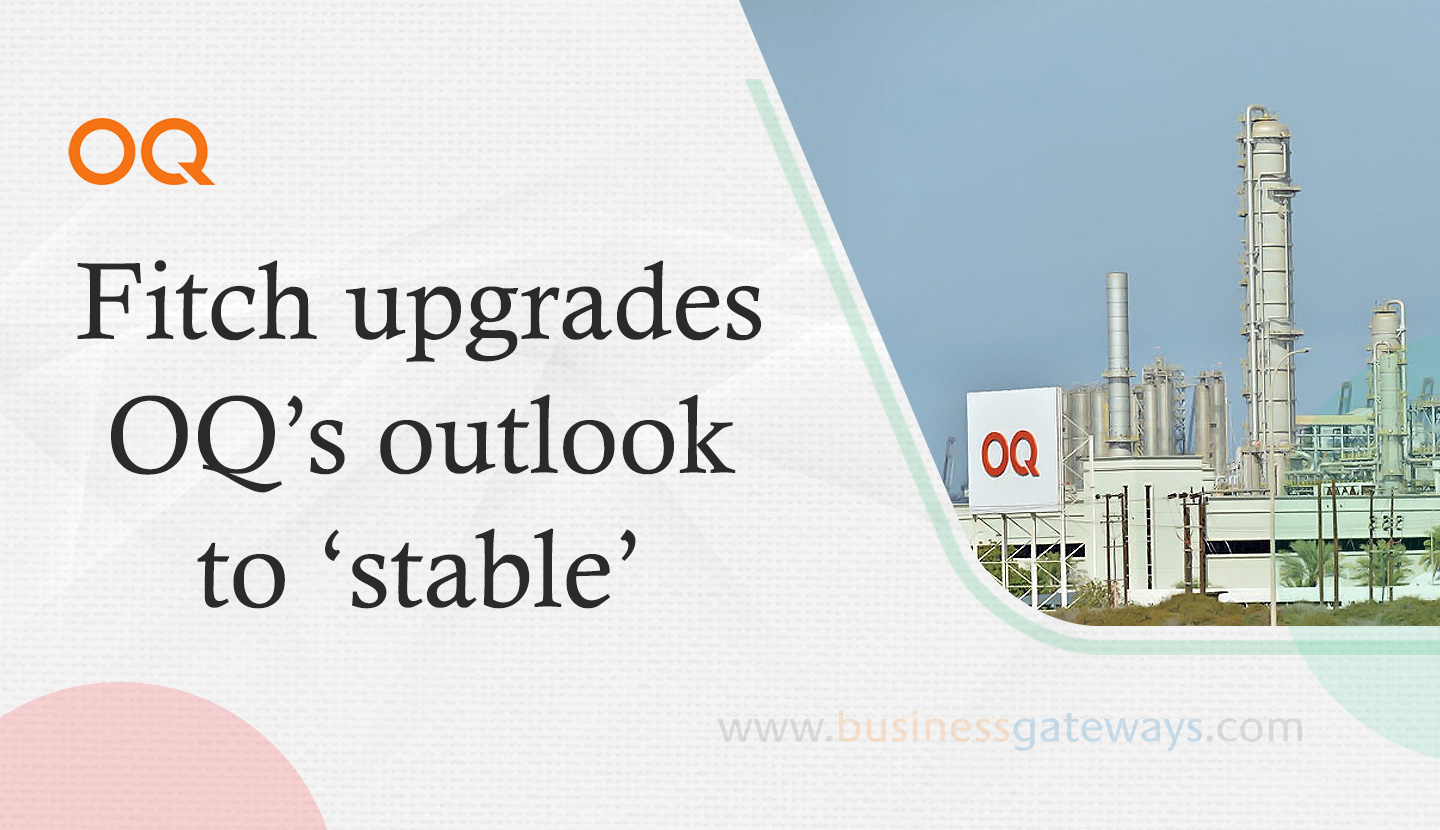 On Monday, Fitch upgraded Oman’s outlook to ‘stable’ from ‘negative’ while affirming the sultanate’s sovereign long-term foreign- and local currency issuer default ratings at ‘BB-‘. The revision of Oman’s outlook, according to Fitch, reflects actual improvements in, and the expected evolution of, key fiscal metrics including government debt/GDP and the budget deficit, driven by higher oil prices and fiscal reforms, and a lessening of external financing pressures.

OQ’s issuer default rating is equalised with that of Oman and reflects Fitch’s view of strong links between OQ and the state. ‘We assess OQ’s standalone credit profile at ‘b’, reflecting its complex group structure and leverage metrics that are relatively high but likely to decline over the medium term. It also reflects OQ’s solid business profile with integrated operations spanning exploration and production, refining, marketing, chemical and petrochemical segments,’ the ratings agency said.

Fitch said OQ is ultimately fully owned by the government of Oman via OIA and was established to strengthen and centralise Oman’s oil and gas industry. OQ accounts for a substantial portion of assets transferred to OIA from the Ministry of Finance in 2020. ‘The government exerts significant influence on OQ’s business and funding strategy via OIA.

While OQ’s privatisation is not planned, disposals of minority stakes in its subsidiaries are expected as market conditions improve. The privatisation strategy is in line with similar steps taken in recent years or being planned in the near term by other GCC governments with respect to national oil companies,’ Fitch noted. According to Fitch’s analysis, OQ accounted for 4.4 per cent of Oman’s 2019 GDP and is one of the largest employers in the country with 6,600 employees.

OQ is Oman’s main downstream company owning all domestic refining assets producing all transport fuels for the Omani market and is tasked with increasing the value per barrel of extracted oil by further expanding refining and petrochemical assets. It is also the exclusive operator of Oman’s domestic natural gas transportation infrastructure. Fitch noted that, with total gross debt of US$14.1bn at the end-September 2021, OQ and its subsidiaries are the largest borrowers after the government.

Fitch expects that the government’s funding needs will continue to be partially met with external debt and that an OQ default would have a significant impact on the availability and cost of foreign financing options to Oman.

‘The business profile of OQ is supported by the scale of operations, business diversification with a presence in the oil and gas upstream, downstream and midstream sectors, quality of its exploration and production and its newly built refining and petrochemical assets as well as its favourable location with access to high-growth markets,’ the rating agency said.

OQ recently completed the construction of its RO2.7bn Liwa Plastics Industries Complex (LPIC) project that will annually produce 880,000 tonnes of polyethene and 300,000 tonnes of polypropylene. Other key OQ downstream projects include the Duqm Refinery project with 230,000 barrels per day that is expected to be commissioned in 2023.