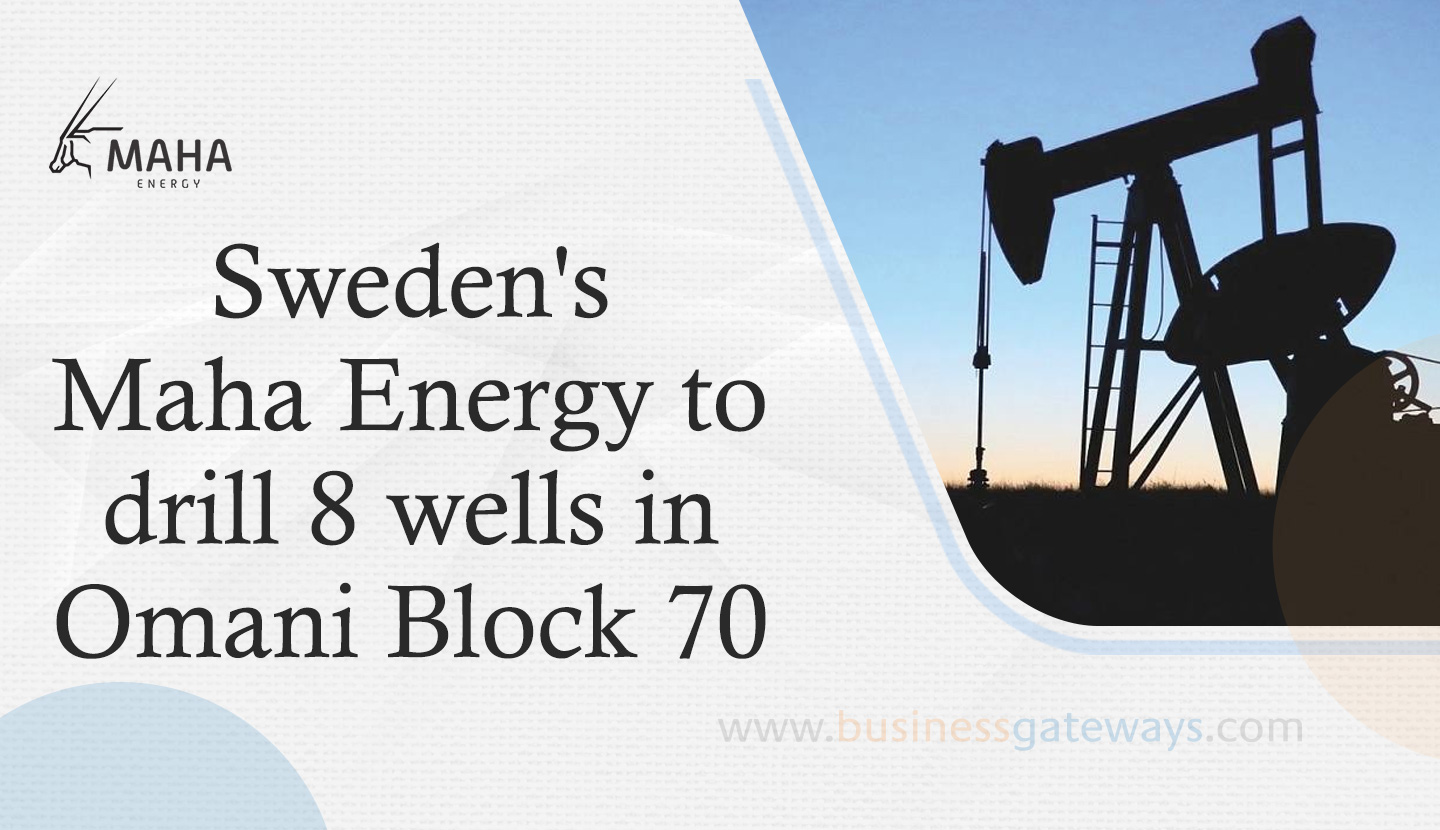 Swedish upstream Oil & Gas firm Maha Energy has announced that it plans to drill as many as eight wells during 2022, targeting the Mafraq heavy oil reservoir in Block 70 in the central part of the Sultanate of Oman The announcement came in a preliminary ‘2022 Capital Plan’ published by the Stockholm-headquartered international energy firm over the weekend.

Maha Energy made its maiden foray into the Sultanate of Oman’s upstream hydrocarbon sector in October 2019 when it signed an Exploration and Production Sharing Agreement (EPSA) with the Omani government, represented by the Ministry of Energy and Minerals for Block 70. The relatively small 639 sq km concession, previously held by Petroleum Development Oman (PDO), includes the promising shallow, undeveloped Mafraq heavy oil field. Of the eight wells envisaged for drilling in Block 70 this year, two will be appraisal wells designed to acquire reservoir data, the company said, noting that the wells are unlikely to be placed on test production.

The remaining six wells are proposed to be horizontal pilot wells that will test the Mafraq reservoir’s deliverability. Additionally, a temporary Extended Well Test (EWT) package is proposed to be procured and constructed to process any output during the well testing of the pilot wells, according to the company. Significantly, a potential farm-down of parts of Block 70 will be progressed early in 2022, Maha Energy said.

A farm-down takes place when a licensed exploration company sells a share of its interest in a hydrocarbon asset to one or more companies, thereby enabling the latter to participate in the investment costs and technological challenges of producing hydrocarbons from that asset. “A non-binding term sheet has been signed that contemplates a potential farm-down of Block-70. This farm-down is expected to close during Q1 2022 and all potential production from Block-70 assumes this farm-down occurs,” Maha Energy stated. Per the terms of the EPSA pact with the Omani government, Maha Energy is the operator of Block 70 with a 100 per cent working interest. However, in the event of a commercial discovery of oil or gas, the six-year agreement can be upgraded into a 15-year production licence extendable for a further five years.

According to Maha Energy, the Mafraq reservoir, located at a depth of around 430 metres, is estimated to contain between 185-280 million barrels of original oil in place (OOIP). The company also has an operational presence in Canada, the United States and Brazil.