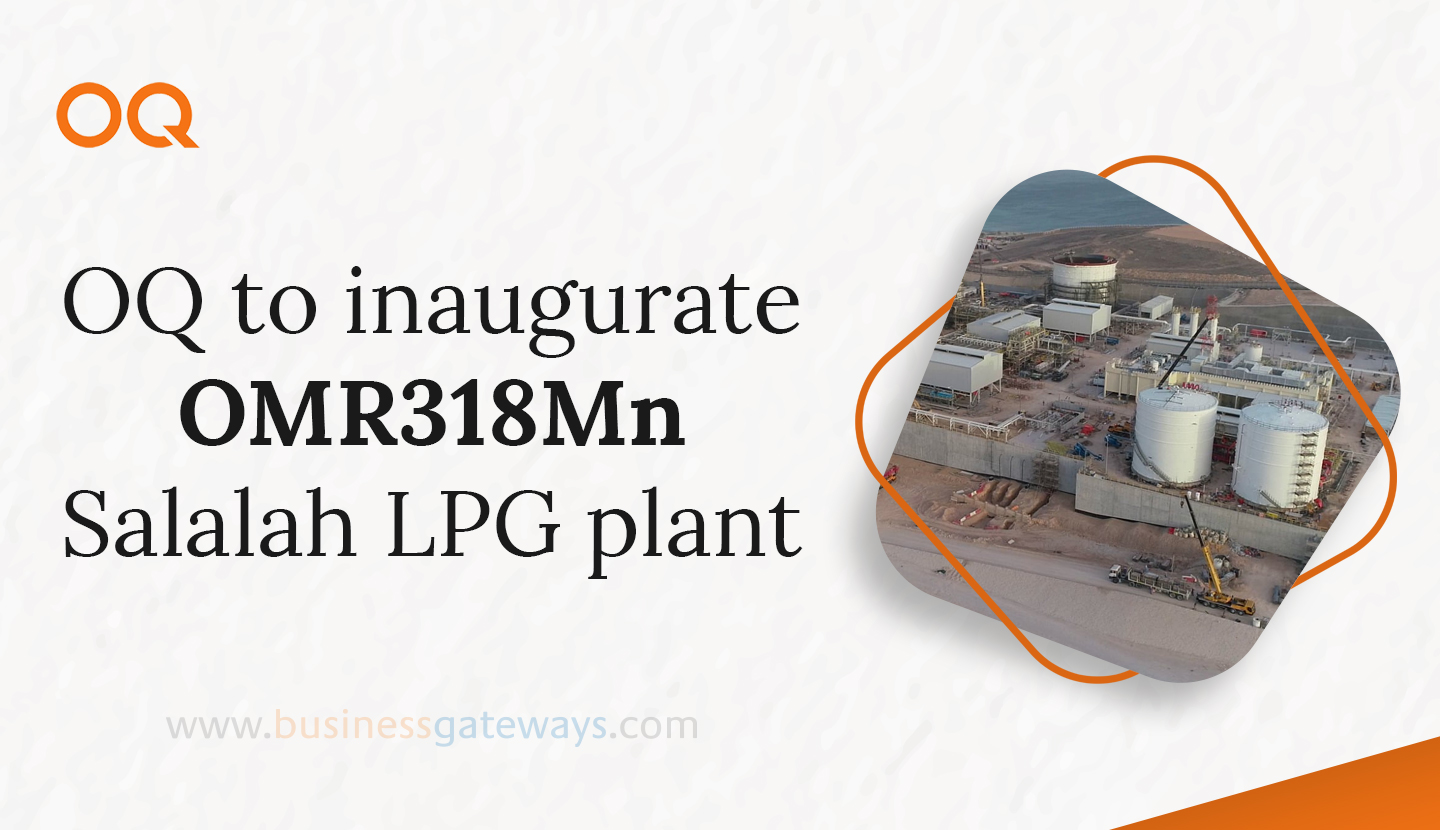 OQ, the globally integrated energy group of the Sultanate of Oman, announced that it will formally inaugurate its state-of-the-art liquefied petroleum gas (LPG) plant worth OMR318Mn in Salalah on Sunday. The plant processes natural gas liquids (NGLs) extracted from gas networks into LPG.

The LPG plant is designed and built to the highest technical and safety standards. It consists of a number of components, notably a facility for the extraction of rich gas elements such as propane, butane and condensates from natural gas, as well as a fractionation plant, storage tanks, shipping facilities, and an interconnection pipeline system.

The launch of the project will further reinforce Oman’s position as a leading producer and exporter of LPG, among a host of other refined petroleum products and petrochemicals. OQ LPG has a capacity to process around 8mn standard cubic metres per day of lean gas to produce about 304 kilotonnes per year of LPG comprising 155 kilotons per year of propane (C3), 111 kilotonnes of butane (C4) and 38 kilotonnes of condensates (C5+).

The project is already in the commercial operation phase, producing and exporting propane, butane and condensate based on specified specs. The first shipment of products from OQ LPG, comprising about 5,000 metric tonnes of propane and a similar volume of butane, was loaded onto MT Searambler, for distribution in international markets. Ten per cent of the Propane and Butane products will be used as LPG for domestic use in the Dhofar governorate. During the construction phase, the project made an important contribution to the local economy. In line with its In-Country Value (ICV) development strategy, OQ awarded contracts totalling around RO100mn to local vendors and service providers.

More than 150 small and medium enterprises (SMEs) benefited from OQ’s ICV programme during the implementation of the project, helping in creating business opportunities and providing jobs for national cadres. OQ LPG will also meet the energy requirements of local industrial and retail consumers. The surplus output will be exported to world markets through OQ Trading, the marketing arm of the OQ Group. Furthermore, the group is studying the feasibility of using LPG products to develop petrochemical industries to help optimise value creation.