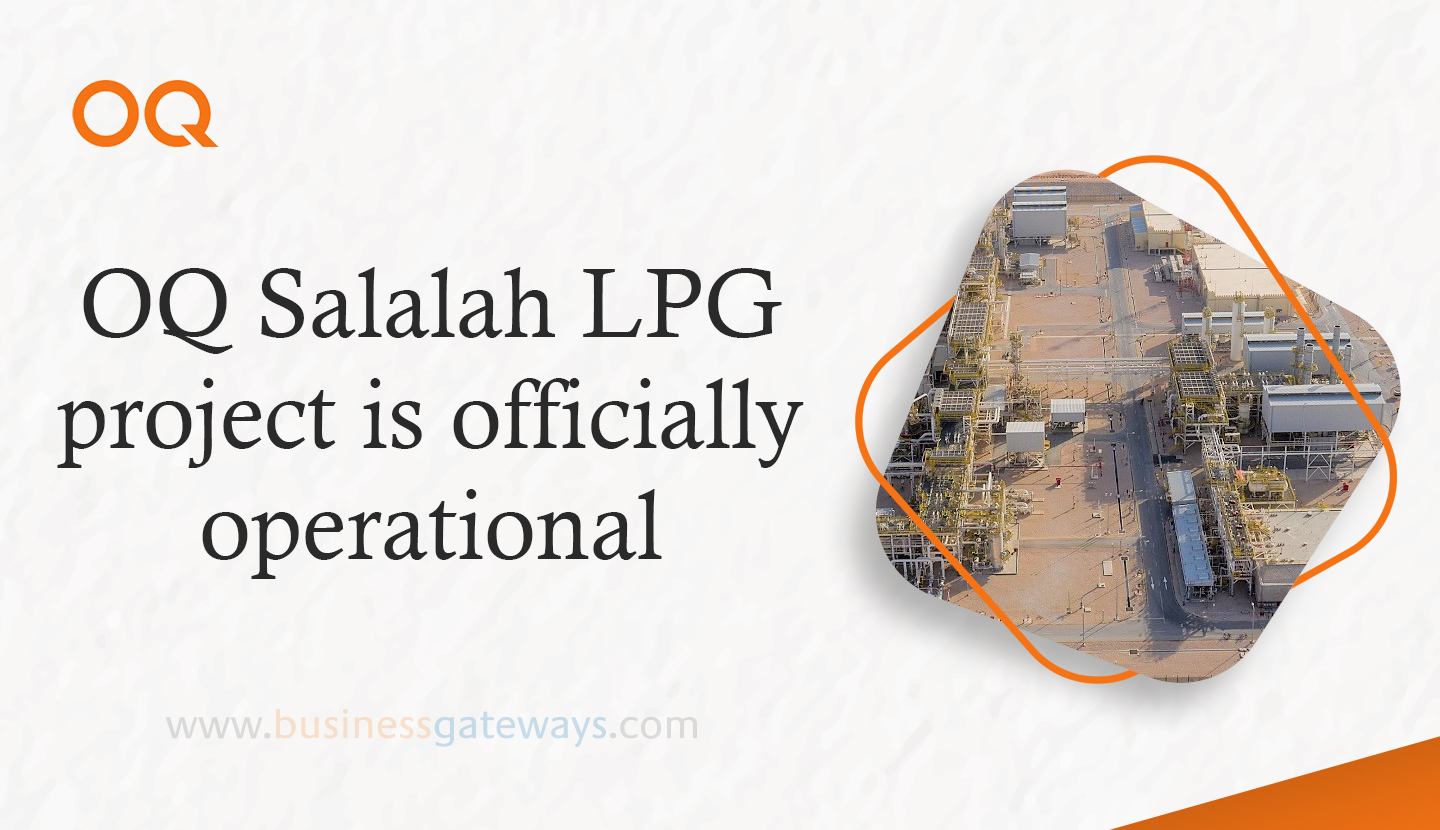 His Highness Sayyid Theyazin bin Haitham al Said, Minister of Culture, Sports and Youth, on Sunday inaugurated the official opening ceremony of the OQ Liquefied Petroleum Gas (LPG) plant in the Governorate of Dhofar, affiliated to the (OQ) Group, with a total investment value of approximately 318 million Omani riyals.

The factory is one of the most important energy projects of the OQ Group, which embodies the government's orientations towards promoting economic diversification policies and maximizing the local value-added of natural resources and in implementation of the Oman 2040 vision, which aims to diversify sources of income. His Highness was briefed on the units of the factory, which was built according to the highest standards of safety and technical quality, from the extraction facility, the crushing facility, and the factory tanks, in addition to the shipping facilities and the system of interconnection pipelines that operate from the current connection points to the extraction unit and from there to storage facilities to export facilities.

His Highness also listened to an explanation of the commercial operations of the plant, which have already started through the production and export of liquefied petroleum gas according to international standards, the first shipment of which was exported in July of 2021. He was also briefed on the plans to start the actual production of all the three products of the factory (propane, butane, and condensate) and load gas tankers to meet the requirements of citizens and residents in the Governorate of Dhofar, in addition to shipping private ships for the components of liquefied petroleum gas and the process of exporting it abroad.

This vital project works on processing natural gas liquids (NGLs) extracted from gas networks into LPG besides a host of other refined petroleum products and petrochemicals. The design construction of the state-of-the-art plant has been done according to the highest technical and safety standards. The various components of the plant consist of a facility for the extraction of rich gas elements such as propane, butane and condensates from natural gas. The project, along with the facilities of extracting LPG, are ideally located at Salalah Free Zone, adjacent to Salalah Port and hosts a fractionation plant, storage tanks, shipping facilities, and an interconnection pipeline system that will enhance the services to greater standards contributing to the national economy. "The OQ LPG Plant can contribute to promoting the national economy and supporting the in-country added value of natural gas produced by extracting the natural gas condensates," a spokesperson told the Observer. The plant has a capacity to process around 8 million standard cubic metres per day of lean gas to produce about 304 kilotons per year of LPG comprising 155 kilotons per year of propane (C3), 111 kilotons of butane (C4) and 38 kilotons of condensates (C5+). Touted as one of the most vital and strategic projects in the Sultanate, OQ LPG aims to meet the energy requirements of local industrial and retail consumers. Surplus output will be exported to world markets through OQ Trading, the marketing arm of the group. The plant has a capacity to produce about 837 tons of LPG per day, and about 264,000 tonnes per year. About 155,000 tonnes of propane, 111,000 tons of butane, and 38,000 tons of condensates can be produced annually. While 90 percent of the total production volume of propane and butane are exported, along with the condensates, the remaining 10 per cent of the propane and butane products are used as LPG for domestic use locally in order to meet the necessary needs of LPG in the Governorate of Dhofar. Additionally, the Group is studying the feasibility of using LPG products to develop petrochemical industries to help optimise value creation. In terms of its In-Country Value (ICV) development strategy, over 150 small and medium enterprises (SMEs) benefited from OQ’s ICV programme during the implementation of the project, as OQ awarded contracts totaling around RO 100 million to local vendors and service providers. This has resulted in creating business opportunities and providing jobs for national cadres, in line with the Vision 2040. The total of about RO 100 million has been announced to be the in-country added value of the project during its establishment phase and after its commissioning.

3. Over 150 small and medium enterprises (SMEs) benefited from OQ’s ICV programme during the implementation of the project.