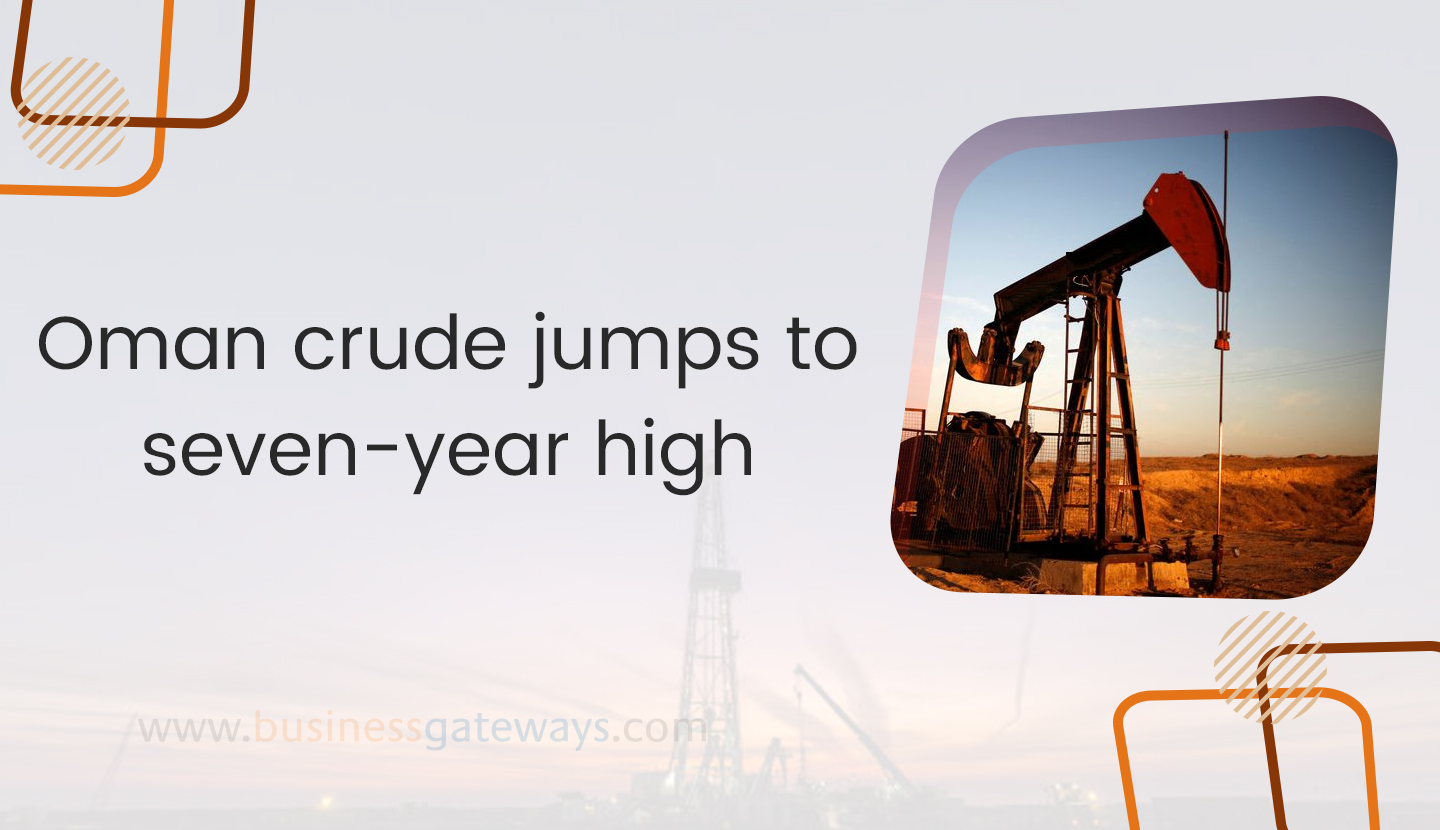 With global oil prices rising to record levels, Oman crude prices on Tuesday rose to US$86.70 per barrel, a level not seen since October 2014.

According to data from Dubai Mercantile Exchange, where Oman crude is traded, Oman crude (for March 2022 delivery), contract price rose by US$1.76 on Tuesday compared to US$84.94 per barrel on Monday.

European crude benchmark Brent North Sea reached US$88.13 per barrel, while US contract WTI hit US$85.74 – the highest levels since October 2014.

Also supporting the prices was the claim of an attack by Yemen’s Huthi rebels in Abu Dhabi that triggered a fuel tank blast killing three people on Monday, with the group warning civilians and foreign firms in the United Arab Emirates to avoid ‘vital installations’.

The news fuelled concerns about supplies from the crude-rich region.

Brent and West Texas Intermediate have climbed more than ten per cent so far this year as investors become increasingly confident that the demand will increase as the world slowly returns to normal and economies reopen.

Oil prices that rallied 50 per cent in 2021 will power further ahead this year, analysts predict, saying a lack of production capacity and limited investment in the sector could lift crude above US$100 a barrel.

Goldman Sachs expects oil prices to hit US$100 per barrel in the second half of this year, citing a lower than an expected hit to demand from the Omicron coronavirus variant coupled with increased supply disruptions and OPEC+ shortfalls.