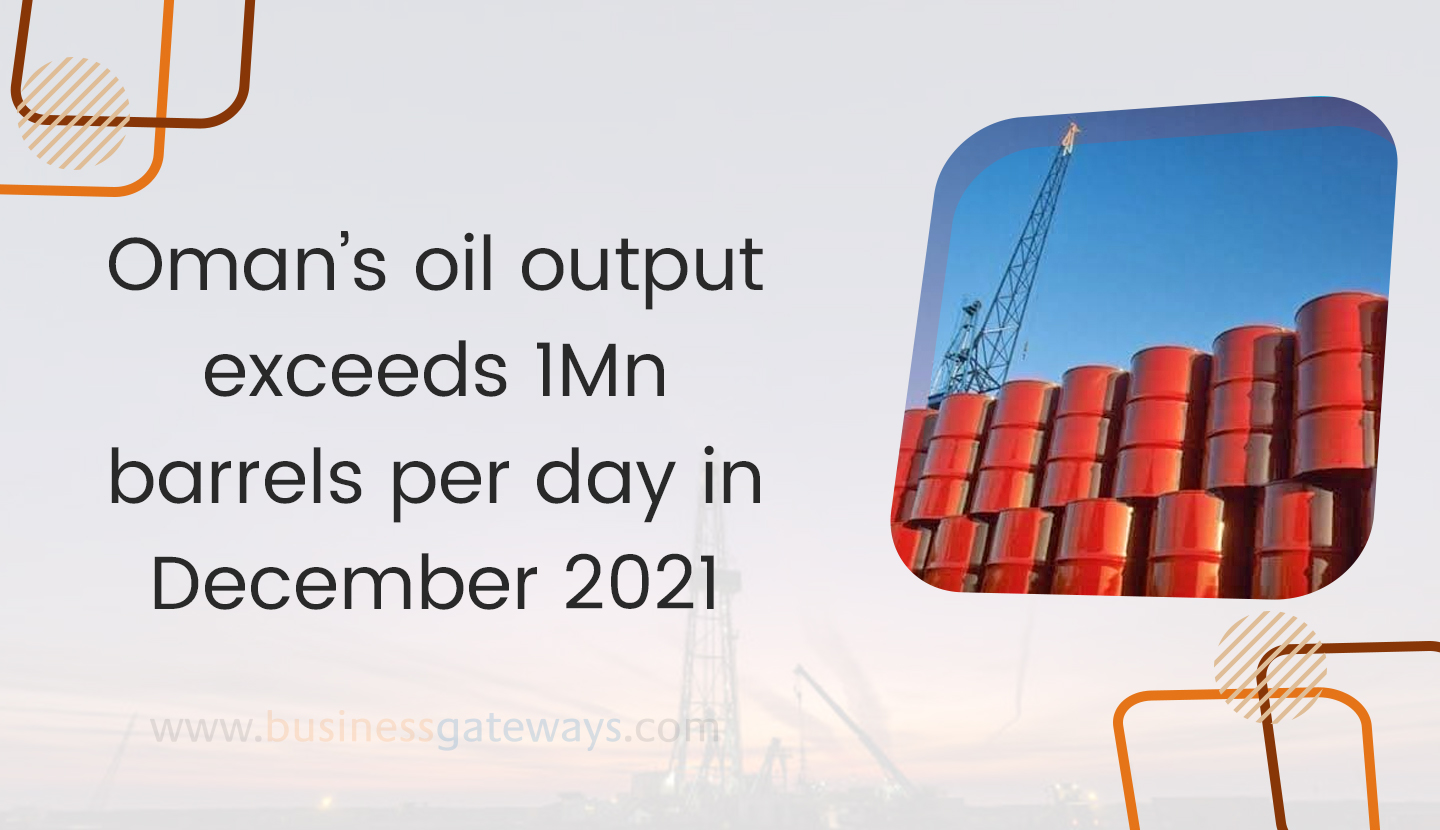 Oman’s daily average production of crude oil and condensates exceeded the 1mn barrels per day (bpd) mark in December 2021, up by 4 per cent in comparison to the daily average output recorded for the full year 2021.

Oil output during December increased to 1.01mn bpd compared with 998,300 bpd in the previous month and 971,200 bpd during the full year 2021, the data released by National Centre for Statistics and Information (NCSI) showed.

With global oil prices continuing to rise, Oman crude prices last week rose to their highest level in more than seven years. Oman crude price on Monday rose by two per cent to US$86.94 per barrel (for March delivery) at the Dubai Mercantile Exchange.

Oman’s December oil exports grew by more than 20 per cent to 28.1mn barrels compared with 23.3mn barrels recorded in November 2021.

Total oil exports for the full year 2021 inched up 0.7 per cent to 288.9mn barrels in comparison with 287mn barrels in the previous year, the NCSI data showed.

Exports to China, the biggest buyer of Oman’s crude, accounted for nearly 84 per cent of the sultanate’s total oil exports during 2021. However, total exports to China last year remained 2.4 per cent lower at 242.2mn barrels compared to 248.1mn barrels in 2020.