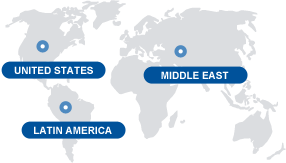 Occidental Petroleum Corporation (NYSE: OXY) is an international oil and gas exploration and production company with operations in the United States, Middle East region and Latin America. Headquartered in Houston, Occidental is one of the largest U.S. oil and gas companies, based on equity market capitalization. Occidental's midstream and marketing segment gathers, processes, transports, stores, purchases and markets hydrocarbons and other commodities in support of Occidental's businesses. Occidental's wholly owned subsidiary, OxyChem, is a major North American chemical manufacturer.

Occidental's success is built on technical expertise, business acumen, strong partnerships and proven ability to deliver lasting results. With approximately 38,000 employees and contractors worldwide, we are committed to being a Partner of Choice everywhere we operate.

Occidental is committed to respecting the environment, operating safely and upholding high standards of social responsibility throughout the company's worldwide operations.

Throughout this website, "Occidental" or "Oxy" refers to Occidental Petroleum Corporation, a Delaware corporation, its subsidiaries and affiliates.

Occidental engages in oil and natural gas exploration and production in three core areas: the United States, Middle East region and Latin America. We are a worldwide leader in applying advanced technology to boost production from mature oil and natural gas fields and access hard-to-recover reserves. We have consistently replaced and expanded reserves through improved recovery, strategic acquisitions and focused exploration.

Occidental's midstream and marketing segment gathers, processes, transports, stores, purchases and markets hydrocarbons and other commodities in support of Occidental's businesses.  It also trades around its assets, including transportation and storage capacity, and trades oil, NGLs, gas and other commodities. Additionally, the midstream and marketing segment invests in entities that conduct similar activities.

OxyChem is a leading North American manufacturer of polyvinyl chloride (PVC) resins, chlorine and caustic soda – key building blocks for a variety of indispensable products such as plastics, pharmaceuticals and water treatment chemicals. OxyChem’s market position is first or second in the United States for the principal products it manufactures and markets. OxyChem is the largest U.S. merchant marketer of caustic soda and the world's largest producer of caustic potash and calcium chloride. Headquartered in Dallas, OxyChem has manufacturing facilities in the United States, Canada and Latin America.

Occidental Petroleum Corporation is one of the largest U.S. oil and gas companies based on equity market capitalization. Occidental’s success is a direct outcome of the company’s leadership and ongoing commitment to enhance stockholder value.

Employing a disciplined financial strategy and focusing on high-potential oil and gas assets in our core geographic regions, Occidental has consistently achieved top-tier results, including:

At year-end 2014, Occidental had worldwide proved reserves of 2.8 billion, giving the company an estimated reserve replacement life of approximately 13 years.  Occidental replaced 174 percent of its oil and gas production in 2014. 2

Occidental returned $2.2 billion to shareholders in 2014 in the form of dividends.

Occidental has paid quarterly dividends to its stockholders continuously since 1975. In February of 2015, the Board of Directors declared a dividend of $.72 per share for an annual rate of $2.88 per share.

Occidental is one of the largest onshore producers of oil and liquids in the 48 contiguous United States. It is the largest operator and oil producer in the Permian Basin of West Texas and southeast New Mexico where we have operated for more than 30 years.

Occidental has been an active investor in the Middle East region for more than 40 years.  The majority of our regional capital is deployed in our focus areas of Qatar, Oman and the United Arab Emirates.

Occidental also has operations in Latin America, primarily in Colombia. More than 1.3 billion total barrels of oil have been produced at Colombia’s Caño Limón Field since it was discovered by Occidental in 1983.

Occidental Chemical Corporation (OxyChem) is a leading North American manufacturer of basic chemicals and vinyls used in products essential to public health and modern life. OxyChem's market position was first or second in the United States for the principal products it manufactures and markets. OxyChem was established in 1987.

Over the years, a number of milestones have propelled Occidental's growth. These include: .

2015:  In January, a joint venture between Occidental and Abu Dhabi National Oil Company (ADNOC) announced that production began at the Al Hosn Gas Project in the United Arab Emirates. The 30-year joint venture was formed to develop one of the largest gas fields in the Middle East.

2014: As part of previously announced strategic initiatives, Occidental has completed the separation of its California assets, leading to the creation of California Resources Corporation, an independent publicly traded company; sold its interest in the Hugoton Field assets, sold a portion of its interest in the General Partner of Plains All-American Pipeline, L.P., and sold its interest in the BridgeTex pipeline, which runs from the Permian Basin to the Houston Gulf Coast area, while retaining long-term, cost advantaged shipping commitments.  In September, Occidental’s Centurion Pipeline unit expanded its Permian infrastructure with the activation of the Cline Shale pipeline. Ingleside Ethylene LLC, a joint venture between OxyChem and Mexichem broke ground on a 1.2-billion-pound per year capacity ethylene cracker at the OxyChem plant in Ingleside, Texas, along with pipelines and storage at Markham, Texas.

2013: Occidental announced the initial phase of its strategic review to streamline and focus operations in order to better execute the Company's long-term strategy and enhance value for shareholders including: pursuit of the sale of a minority interest in the Middle East region operations; strategic alternatives for select Midcontinent assets; and the sale of a portion of Occidental's 35-percent investment in the General Partner of Plains All-American Pipeline, L.P. Occidental received approval from the Government of Qatar for the fifth phase of field development of the Idd El Shargi North Dome Field. OxyChem formed a 50/50 joint venture, Ingleside Ethylene LLC, to build a 1.2-billion-pound per year capacity ethylene cracker at the OxyChem plant in Ingleside, Texas, along with pipelines and storage at Markham, Texas.

2012: Occidental announced a joint venture with Magellan Midstream Partners, L.P., for the BridgeTex Pipeline, a new crude oil pipeline system that will extend from Colorado City, Texas, to the Houston Gulf Coast area. Occidental purchased from the Port of Corpus Christi the site of the former U.S. Naval Station Ingleside in Ingleside, Texas, expanding the company's current operations in the area.

2010: Occidental announced the acquisition of assets in South Texas and North Dakota and the sale of its assets in Argentina. ENI, Occidental and Korea Gas signed a contract with Iraq's state-owned South Oil Company and Missan Oil Company as State Partner, to redevelop the Zubair Field near Basra in southern Iraq.

2008: Occidental signed agreements for various projects in the Middle East region, including an agreement to develop gas fields and to explore for potential new discoveries in the Sultanate of Oman. In the U.S., Occidental purchased interests in the Permian and Piceance basins.

2007: The Dolphin Gas Project, one of the largest energy projects ever undertaken in the Middle East, became fully operational. It delivers natural gas to customers in the United Arab Emirates and Oman. Occidental has been a participant in the Dolphin Gas Project since 2002.

2004: Occidental signed a new production-sharing contract for the Mukhaizna Field, one of the largest in Oman.

2000:  The purchase of Altura Energy, Ltd., in the Permian Basin of west Texas and southeast New Mexico made Occidental the largest oil producer in Texas.

Early Years: Occidental was founded in California in 1920 and made its first major discovery in the Sacramento Valley in 1961. The company has been publicly traded on the New York Stock Exchange since 1964.

Occidental engages in oil and gas exploration and production through its subsidiaries in three core areas, primarily in the United States, but also in the Middle East region and Latin America. Occidental's midstream and marketing segment gathers, processes, transports, stores, purchases and markets oil, condensate, natural gas, natural gas liquids (NGLs), carbon dioxide (CO2) and power. It also trades around its assets, including transportation and storage capacity, and trades oil, NGLs, gas and other commodities. OxyChem, a wholly owned subsidiary, is a leading North American manufacturer of polyvinyl chloride (PVC) resins, chlorine and caustic soda – key building blocks for a variety of indispensable products such as plastics, pharmaceuticals and water treatment chemicals. 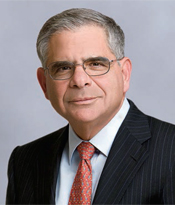 Occidental Petroleum Corporation's success is built on strong partnerships, technical expertise, business acumen and a proven ability to deliver superior results. We continually invest in the company and our employees, proactively innovate to improve processes and results, and strive to meet the highest standards of integrity and safety in the workplace.

We are primarily a domestic oil producer. Our core U.S. operations are in the Permian Basin, where we have significant acreage and are the leading producer. Internationally, we are regarded as a premier partner in world-class projects in our focus areas of Oman, Qatar and the United Arab Emirates (UAE) in the Middle East, as well as Colombia. We also have midstream and chemical businesses. This portfolio of assets provides robust free cash flow that requires modest capital investment, complemented by our high-growth unconventional operations in the Permian Basin.

Our business strategy is designed to enhance value for Occidental, our partners and our stockholders. As part of our strategic review in 2013, we completed several transactions last year, further concentrating our resources in areas where we have key competitive advantages. The most significant of which was the spin-off of our California assets as California Resources Corporation, which began trading on the New York Stock Exchange as a standalone company in December. In November, we monetized our joint venture interests in the BridgeTex pipeline for $1.1 billion and generated $1.7 billion in pre-tax proceeds by reducing our ownership through a secondary sale in Plains GP Holdings, L.P. Earlier in the year, we sold our Hugoton assets in the midcontinent region, receiving pre-tax proceeds of $1.3 billion.

We are committed to conducting our business in a manner that safeguards our employees, protects the environment, benefits neighboring communities and strengthens regional economies. We take particular pride in Occidental’s safety record, which is exemplary not only in the oil and gas and chemicals industries, but compared to any industry sector. Our goal is to be a Partner of Choice, everywhere we operate.

All of this is made possible by our talented global workforce of approximately 38,000 employees and contractors, who enable us to operate effectively in highly diverse cultural environments. As a company, we work hard to ensure that Occidental consistently merits the confidence of our investors, partners and other stakeholders around the world.