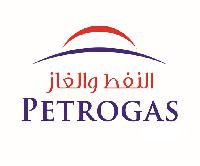 operated ventures and the interests are held in mainly onshore and some offshore concessions.

While Petrogas will continue to create value organically, it is actively pursuing Exploration, Development and

Production opportunities in the MENA, Asia and Europe.

Petrogas E&P aims to maximize the return on investment from a managed portfolio of oil and gas assets.

the environment. The company seeks to continuously improve its management of HSE. Petrogas is also

committed to contribute socially to the communities where it operates, supporting local societies and

Petrogas expects high standards of professionalism and ethics from its staff. It aims to have adequate

human resources, policies, procedures and systems to manage its businesses successfully and sustainably.

The recruitment, development and retention of high-calibre Omani staff are the key objectives towards a

sustainable future. Petrogas also focuses on the professional development of its employees through various

training and development programs for their career growth.

Petrogas LLC was established in January 1999, and in the same year acquired onshore Block 7 (Butabul concession, 100%) in Oman from Elf Petroleum and became the sole operator of the block. Since then, Petrogas LLC has produced more than 10 million barrels of oil from fields that were either facing abandonment or were considered only marginally productive.

Since becoming the operator, Petrogas LLC has managed to minimise the annual decline in production from 50% in the 4 years leading to 1999 to 7% and has successfully maintained production for the subsequent 15 years. Remaining reserves are estimated to be between 0.4 and 1.77 million barrels and the current production (end 2013) is 1,000 bopd.

Petrogas was awarded the Rima Satellites Small Fields Service Contract on 25th February 2008. Petrogas Rima LLC (100% subsidiary of Petrogas E&P LLC) with 75% working interest operates the service agreement on behalf of itself and Oman Oil Company E&P (OOCEP) which has 25% working interest. Petrogas Rima LLC took over operatorship of these fields on 31st August 2008. The Service Agreement is for fifteen years with the possibility of extension for a further five years.

The purpose of the contract was to significantly increase oil production from an area that had seen limited activity for the past decades, due to PDO’s priorities with larger fields and projects. The contract area is located onshore Oman within PDO’s Block 6.

In 2013, Petrogas acquired an Exploration block in the south eastern part of Oman. This exploration license lies immediately east of the Rima cluster of small fields and south of the new port facilities at Duqm. Petrogas is the operator of the block with 100% working interest. The 7,564 km2 concession is only sparsely explored by 4 wells and has seen no seismic or drilling activity since 1995. Recent deeper drilling by PDO for Light Tight Oil in neighbouring parts of Block 6 and discoveries in Block 4 to the north and offshore in Masirah Bay have increased the potential of Block 55. Petrogas’ work commitment in the first exploration phase to February 2018 is to reprocess 3,000 km of 2D seismic, acquire an additional 1,550 km of 2D seismic data and drill four wells to the Huqf Supergroup. 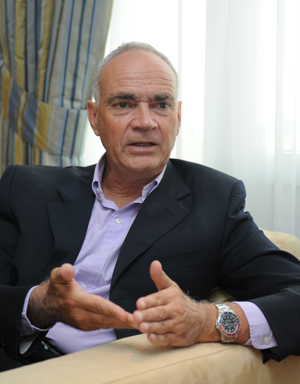 Both operationally and financially, 2013 was another record year for the company, as it increased its production, added further reserves in excess of production, and improved its cash flow. At the same time, we added two exploration assets to our portfolio and laid the foundation for increased activity in our existing main producing assets viz. Block 5 and Rima Satellites Small Fields.

We set new records of Company’s revenue and profit after tax, improving on 2012. This solid financial performance was achieved on account of higher production and disciplined expenditure whilst enjoying the full benefit of a sustained high oil price.

Petrogas HSE performance improved in 2013, against targets such as LTIF and RTAF, and also in relation to proactive measures such as risk assessment across the business and audits of high-risk areas with emphasis on contractors and subcontractors. Petrogas LLC in Oman celebrated five years LTI free. For 2014 we are determined that additional emphasis on training, audit and ensuring contractor compliance will result in further improvement in HSE performance.

In Block 7, Oman, Petrogas LLC was successful at sustaining production above 1,000 bopd while spending materially less than budgeted through a combination of savings and “smart” deferrals.

In Block 5 Oman, Daleel Petroleum (Petrogas 50%) saw its production rising above 45,000 bopd from 4,500 bopd in 2002. Water flood performance of the Shuaiba and Natih reservoirs continues to exceed expectations. Accordingly, a further material increase in reserves was booked resulting in a 1P/2P RRRs of 1.8 and 1.4, respectively. 2013 saw exciting trials taking place of surfactant injection, infill drilling, LoSal waterflooding and improved reservoir stimulation. Initial results bode well for the future and infill drilling, if successful, will add material value requiring the drilling of hundreds of additional wells. Near field exploration was also particularly rewarding with three successes out of three wells, all now in production and being further appraised. Building on the material reserves increases in the past two years, Daleel has developed an aggressive appraisal and development plan to support adding two rigs to the current three-rig fleet and targeting a plateau production of at least 50,000 bopd.

Petrogas Rima (Petrogas 75%), operating under a service agreement with Petroleum Development Oman for the Rima Satellites Small Fields, produced some 11,500 bopd and, most importantly, carried out study work in support of secondary recovery and EOR pilot testing in 2014. A second rig will be contracted in 2014 to accelerate appraisal and development and further pilot test water flooding and steam soak.

In Egypt Area A (Petrogas 30% non-operated) service agreement, production was maintained above 6,000 bopd. An important milestone was achieved with the implementation of a pilot water flood in Yusr Field with promising production response. Despite the turmoil experienced in some parts of Egypt, activities continued by Kuwait Energy staff with few interruptions.

As for 2014 and beyond, Petrogas has in place exploration, field development, drilling and facilities expansion plans to aim to produce booked reserves within the concession periods. Commensurate with these plans the 2014 CAPEX and OPEX will be the highest ever in support of building production and export capacity in excess of 75,000 bopd and 62,000 bopd respectively.

We recorded revenue and profit after tax of US$ 541 million and US$ 178 million, respectively, which is 6 and 16% higher than 2012. A total of 75 wells were drilled efficiently and within budget.

Petrogas unit production cost was less than US$ 7/bbl in 2013, maintaining the same level as 2012. The year saw strong cash flow from operations maintaining a healthy liquidity to all its projects and subsidiaries. Furthermore Petrogas successfully finalized a long-term credit line from banks for an additional US$ 300 million at attractive terms, demonstrating its ability to raise capital at reasonable cost.

In 2014, Petrogas will utilize the remainder of the recent bank facility and its Debt/Equity ratio is expected to be close to 1, gradually decreasing going forward. Also in 2014 and beyond we expect increased levels of capital expenditure and in particular drilling with three additional rigs for a total of over 100 wells each year. Significant expenditure on exploration in Blocks 5 and 55 in Oman and in Somaliland is also planned.

While Petrogas will continue to create value organically, it has adopted a cautious approach to purchasing further assets in the wake of the current global M&A scene where many sellers have unprecedented expectations of the value of their assets. Petrogas, as in the past, has carefully deployed capital to exploration, ensuring limited exposure, to be met from internal access to cash from operations and reasonable levels of debt. This approach served Petrogas well in 2013. Our New Ventures team processed more opportunities than ever before in MENA, sub-Saharan Africa, Asia and Europe. This effort was rewarded with the award of an exciting exploration block in Oman and a farm-in to a promising frontier exploration block in Somaliland. Notwithstanding the above, the New Ventures team continues to evaluate opportunities at different levels of maturity from assets to corporate acquisitions.

Finally, I would like to thank our Shareholders for their guidance and encouragement, the Governments of the countries where we operate for supporting Petrogas in implementing its plans and our staff whose contribution and commitment to the company underpin its best ever performance.

The EPSA is a six year agreement comprising two phases. The first phase will be four years followed by the second phase which will be two years.