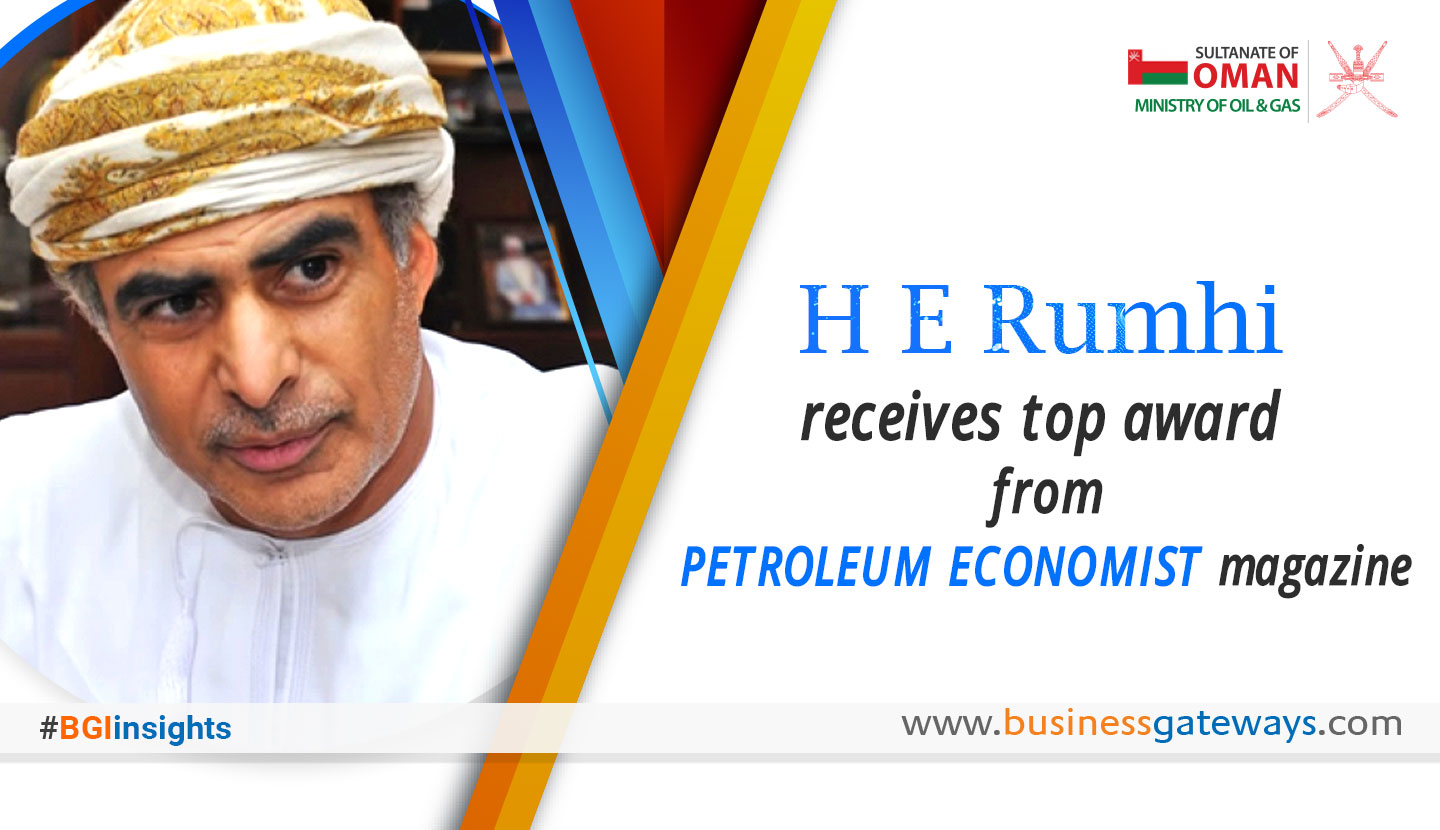 H E Mohammed bin Hamad al Rumhi, Minister of Oil and Gas, has been recognised as the Minister of the Year for 2019 by the prestigious Petroleum Economist while Harib al Kitani, CEO of Oman LNG, was named Energy Executive of the Year, bringing the two coveted awards to Oman.

The Ministry of Oil and Gas congratulated H E Rumhi for the recognition. Honouring the global energy industry’s most successful firms, projects and innovations, the magazine announced the winners of its 2019 Petroleum Economist Awards in ten categories last week in London. Additionally, five awards were given to outstanding individuals for their industry contributions.

Lorenzo Simonelli of oil services heavyweight Baker Hughes was honoured as CEO of the Year, while Wael Abdel Moati of the Organisation of Arab Petroleum Exporting Countries won the Future Leader award. Nathan Meehan, president of consultancy Gaffney, Cline & Associates was honoured with Legacy award for his storied petroleum engineering career. “Once again, we were delighted to welcome some of the most innovative firms and influential leaders from across the globe to London for the Petroleum Economist Awards,” said Elliot Jacobs, managing director of Petroleum Economist.

“I extend warm congratulations to all those nominated, shortlisted and, especially, those winning in what were, as every year, hotly contested competitions across the full range of categories.”