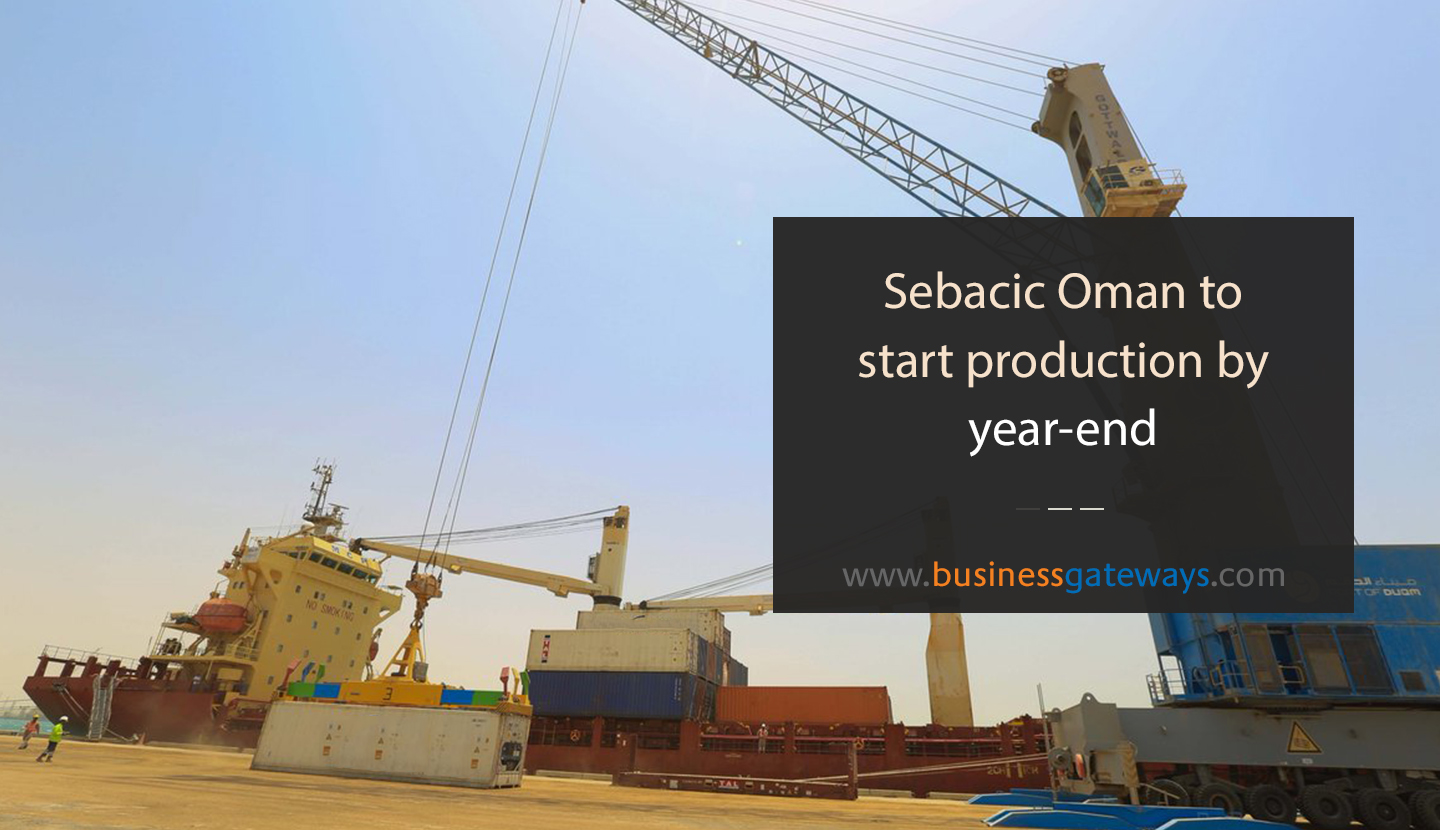 Commercial operation of Sebacic Oman's Duqm project will start by the end of this year and pave way for exports in the first quarter of 2018, an official said. The company will produce Sebacic Acid.

The powdery Sebacic Acid is a monomer used in manufacturing of bio-degradable plastics, food packaging, aerospace polymers and engine oil among other applications.

The $62 million-facility in the Special Economic Zone of Duqm (Sezad) will export the acid to countries with high demand, such as China, Japan and the United States.

"We have our plans for the next 10 years ready. For this phase we are only manufacturing the acid in our facility. Our next phase is a $250 million (project) where we will produce its derivatives like nylon. We have already started the design part of this."

Sebacic Oman is securing the equipment and raw materials using the Port of Duqm and will be exporting Sebacic Acid using flexi tanks. "Once we have the liquid berth ready, we will be having our own tanking facilities to bring in liquids," Nair said.

Majority of the castor oil used for production of Sebacic is currently imported from India, but over the next five years, Sebacic Oman expects it to be completely locally produced.

"Our target is to eventually make it a 100 per cent contribution from Oman. We are in talks with locals with huge cultivable land for this purpose, but it is going to be on a contract basis and is a long term process. We will provide them with the seeds and provide them with buy back. It is only when people realise there is money in it that they will invest. It is a non-perishable crop and its seeds can be stored for five to 10 years. There is a lot of land available and it requires little water. We have successfully grown caster in the desert region of Nimr so PDO has allotted more land," he added.

The company has acquired 400,000 square metres of land in Duqm and plans forward integration by 2020. All its products will be exported to markets where there is high demand.