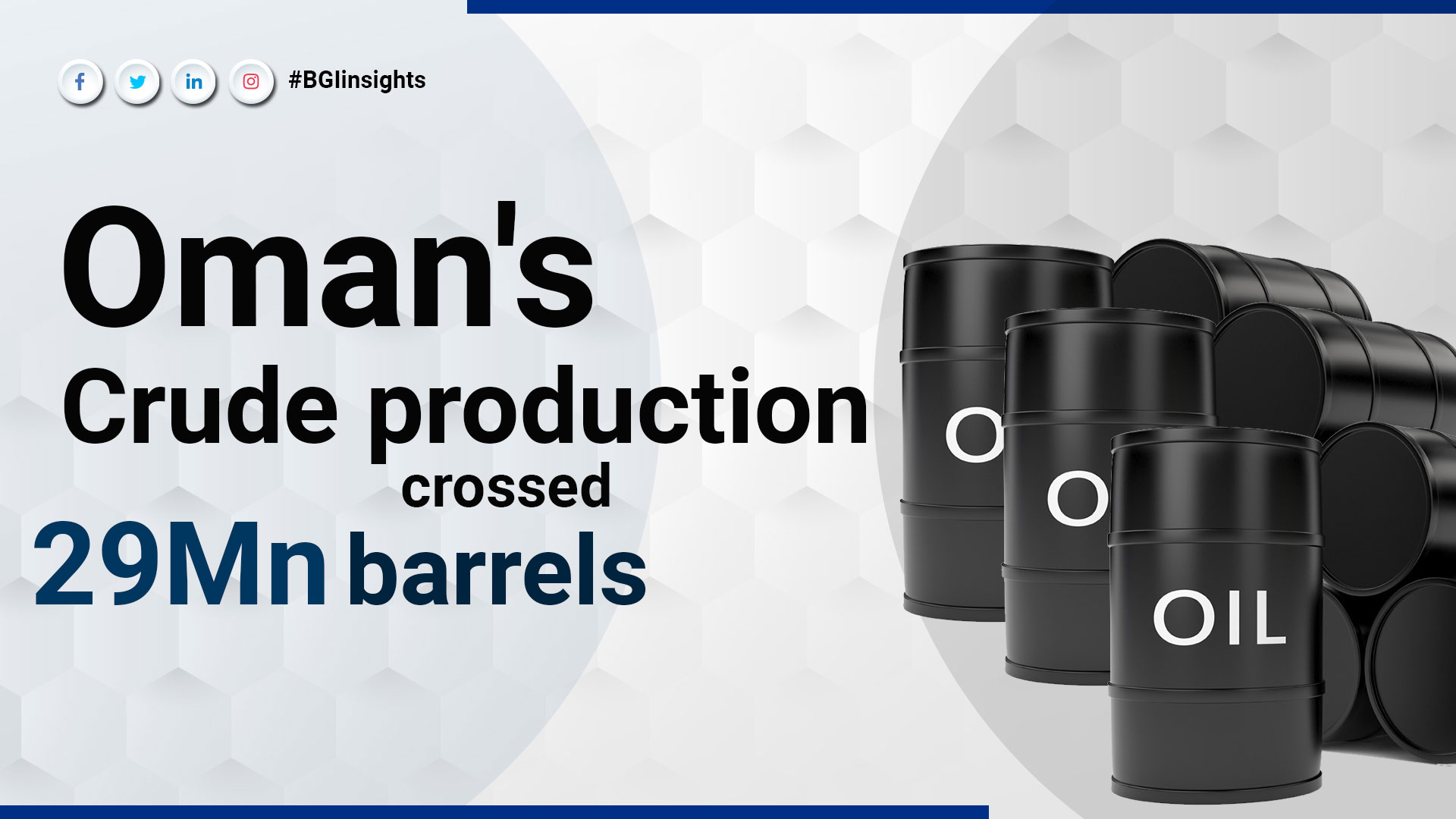 The Sultanate’s crude oil and condensates production stood at more than 29,000,000 barrels during April 2019, according to the monthly report issued by the Ministry of Oil and Gas.

The report pointed out that the total exported quantities of the Omani crude oil during April 2019 reached 23,949,017 barrels, with a daily average of 798,301 barrels.

The Asian markets received the bulk of the Omani crude oil exports during April 2019. China remained on the top list of the largest buyers of the Omani oil exports with 83.83 per cent, comprising an increase of 2.46 per cent, compared to March 2019. Imports by India and Japan increased by 1.74 per cent and 5.11 per cent respectively to settle at 5.62 per cent and 10.55 per cent respectively of the total exported quantities.

The crude oil prices witnessed an increase during April 2019 futures trading (June 2019 Delivery) compared with March 2019 for the major crude oil benchmarks around the world.

The average price for West Texas Intermediate crude oil at the New York Mercantile Exchange (NYMEX) reached $63.91 a barrel, an increase by $5.51 compared with March 2019 trading.

The average price for North Sea Brent mix at the Intercontinental Exchange (ICE) in London stood at $71.63 per barrel, an increase by $4.60 compared with March 2019.

The average price for Oman Crude Oil Future Contracts at the Dubai Mercantile Exchange (DME) witnessed a price hike by 6.2 per cent compared with previous month. The official selling price for Oman Crude Oil during April 2019, for the June Delivery 2019 settled at $71.15, an increase by $4.18 compared with May Delivery 2019 prices. The trading price ranged between $68.24 per barrel and $74.73 per barrel.

The high price of crude oil during April 2019 is attributed to several factors that directly affected prices, most notably the US imposing sanctions on Iran and Venezuela, thus affecting oil supplies, as well as the continuation of the OPEC and its allies’ agreement to cut production for six months starting from January 2019. It has pledged to cut production by 1.2 million barrels per day since the beginning of the year to shrink surplus and to support prices.

Prices have also been bolstered by expectations of a reduction in global supplies from ongoing fighting in Libya, the dollar index fell to the lowest level for more than two weeks against the Euro, which make oil less expensive for non-US buyers.

The US decision to end the exceptions granted to 8 countries to import the Iranian oil also contributed in supporting prices, besides the continued decline in the number of oil drilling platforms and shrinking expectations for production growth from the largest shale oil fields in the US.