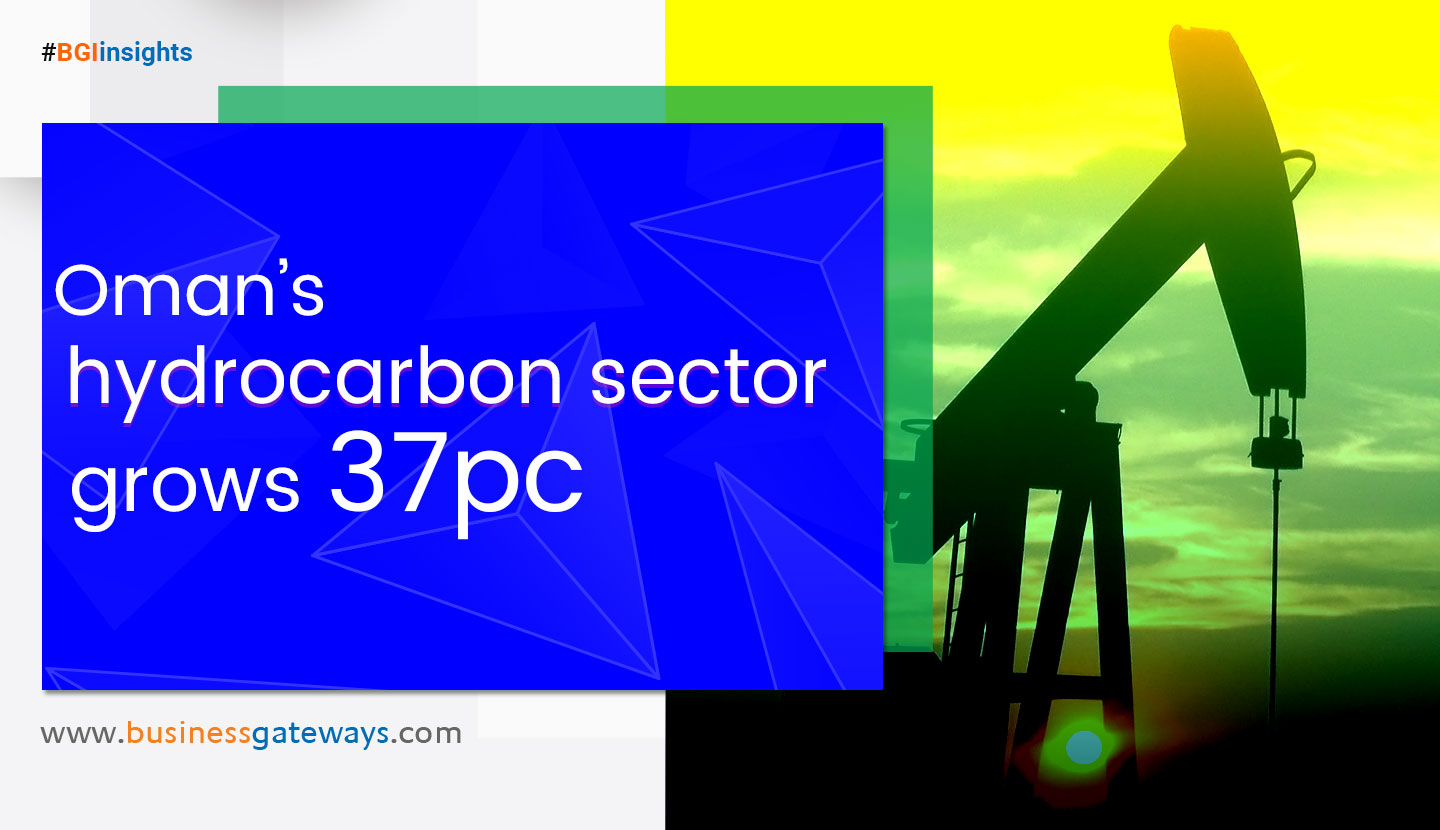 The nominal Gross Domestic Product (GDP) of the Sultanate expanded at a robust pace of 12 per cent during 2018 as against 7.3 per cent in the previous year, the Central Bank of Oman (CBO) announced in its latest review of banking and monetary developments for June 2019.

The petroleum and non-petroleum sectors grew in nominal terms by 37.1 per cent and 2.9 per cent, respectively, during this period, the apex bank said. The contribution of hydrocarbon sector to nominal GDP jumped to 35.5 per cent in 2018 from 29.0 per cent during 2017 reflecting a surge in oil prices. On the other hand, the share of non-hydrocarbon sector declined to 68.4 per cent from 74.4 per cent during this period.

“Notwithstanding the decline in share of non-petroleum sector, the government and other stakeholders are making unrelenting efforts to diversify the economy for reducing dependence on the oil sector and ensuring sustainable development over medium to long run,” the CBO stated.

Inflationary conditions remained benign as the retail inflation averaged 0.3 per cent during January-March 2019 in comparison with 0.6 per cent during the same period of last year.

The combined balance sheet of conventional banks and Islamic banking entities (other depository corporations) provides a complete picture of the progress of financial intermediation in Oman, according to the Central Bank.

The total outstanding credit extended by other depository corporations (ODCs) increased year-on-year (YoY) by 5.9 per cent to RO 25.7 billion at the end of June 2019 — the credit to private sector grew by 4.1 per cent to RO 22.6 billion. The non-financial corporate sector received highest 45.9 per cent of the private sector credit, followed by household sector (mainly under personal loans) with 45.1 per cent, financial corporations with 5.5 per cent and other sectors with 3.4 per cent.

Total deposits held with ODCs increased by 3.2 per cent to RO 23 billion, with private sector deposits witnessing a growth of 4.6 per cent to RO 14.9 billion as at the end of June 2019. Households accounted for 49.6 per cent of total private sector deposits, while nonfinancial corporations, financial corporations, and other sectors accounted for 29.3 per cent, 18.8 per cent and 2.4 per cent, respectively.

Aggregate deposits of conventional banks increased by 2.9 per cent to RO 19.7 billion at the end of June 2019 from RO 19.2 billion a year ago.

With regard to monetary aggregates, the narrow money (M1) upturned marginally to RO 5.2 billion as at the end of June 2019, while quasi-money (Rial Omani saving and time deposits, certificates of deposit issued by banks, margin deposits and foreign currency denominated deposits) increased by 5.7 per cent to RO 12.02 billion during this period. Broad money supply M2 (M1 plus quasi-money) grew by 4.0 per cent to RO 17.3 billion during the period under review over the level a year ago.

“Although the domestic interest rates of conventional banks continue to follow the trends in USA due to the currency peg arrangement, the Central Bank of Oman ensured appropriate liquidity in the banking system to support economic activities in the Sultanate.