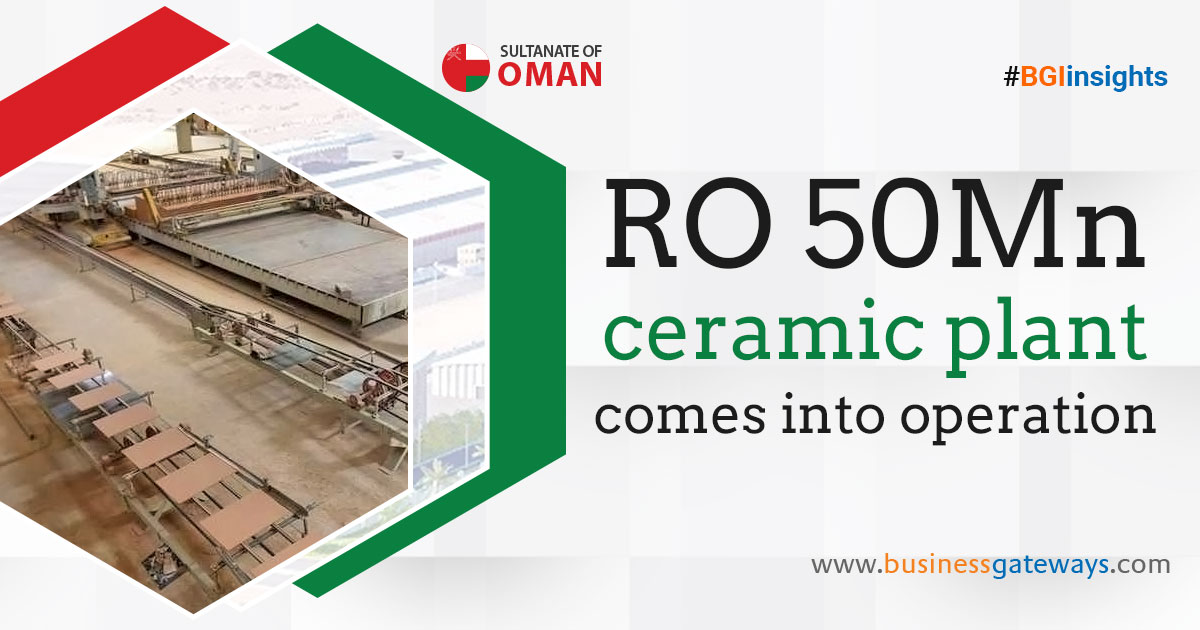 One of Oman’s most modern porcelain and ceramic manufacturing plants, which will source much of its raw material requirements from local mines and quarries, has commenced operations at Sur Industrial City.

The announcement came in a twitter post from the Implementation Support & Follow-up Unit (ISFU) — a task force set up under the auspices of the Diwan of Royal Court with the mandate to speed up the delivery of projects and initiatives that are key to accelerating Oman’s economic diversification.

The Omani government, represented by the Public Authority for Mining (PAM), has been strongly championing the commercialisation of the Sultanate’s prodigious mineral resources as part of a wider effort to drive the growth of a mining and minerals-based industry in the Sultanate. A Mining Lab hosted by PAM in 2018 produced a plethora of recommendations aimed at unlocking Oman’s mineral resources to support GDP growth and employment generation.

Among the projects and initiatives outlined by the Mining Lab was a proposal centring on the exploitation of locally available raw materials to manufacture a wide array of ceramic and porcelain based products for the construction, home décor, interiors and tiling sectors.

Al Hael Ceramic Company LLC, set up with an investment of around RO 50 million, “aims to produce porcelain and ceramic products in Oman using the most modern and technologically advanced methods”, said ISFU in its tweet. Clay as raw material for the project will be sourced from five sites distributed around Qurayat, Dima W’ attayeen and Wadi Bani Khalid, it noted.

The company’s modern plant covers a 200,000 sq metre site in Sur Industrial City — part of Madayn. The plant features eight production lines offering a combined capacity of 15 million sq metres of tiling per annum. Capacity will be expanded in 2020, according to ISFU.

Projects that add value to Oman’s mineral resources are prioritised under the government’s current strategy to promote the utilisation of local materials. These minerals include gypsum, limestone, gabbro, marble, kaolin, quartz, clay, basalt, potash and dolomite — non-metallic resources that are found in relative abundance in the Sultanate and extensively used in the industrial, construction and urbanisation sectors.

In all, 19 investment opportunities, which will be pursued almost entirely by the private sector, were brainstormed during the six-week-long Mining Lab. When fully implemented, the investment value in these projects is expected to climb to RO 313 million while their contribution to the Gross Domestic Product (GDP) is projected to jump to RO 183 million in value annually.