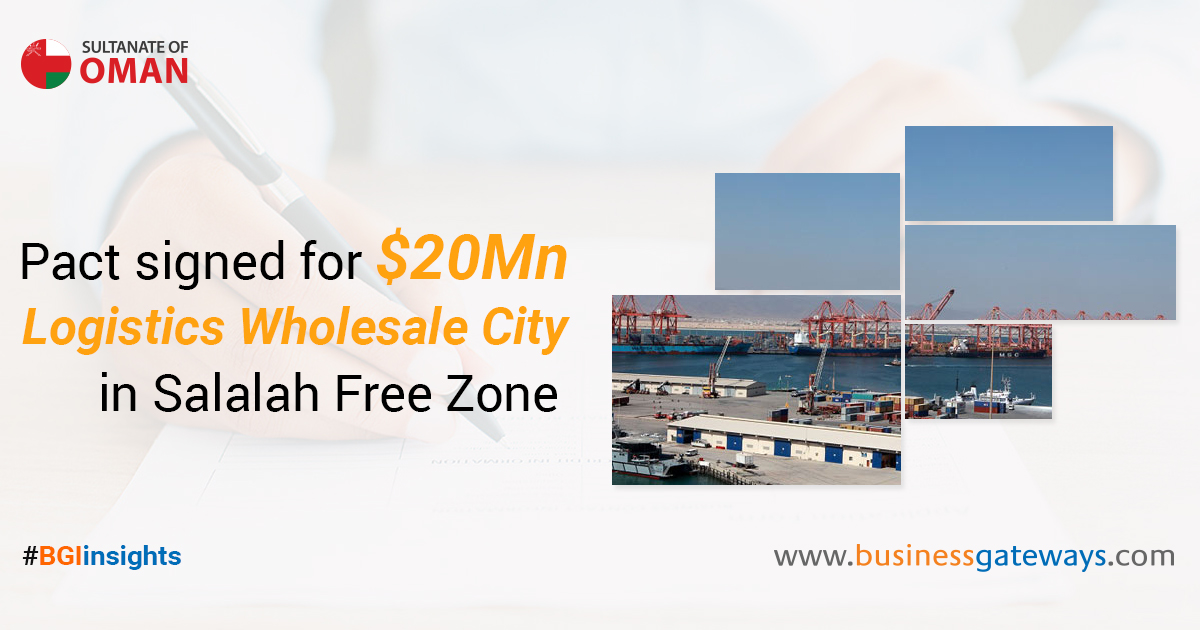 Adding to a succession of agreements inked in recent months, Salalah Free Zone (SFZ) has announced the signing of a pact for the establishment of Salalah Logistics Wholesale City with an investment of $20 million.

The investor is BTC Company, which plans to set up the new wholesale logistics hub on a 100,000 sq metre plot at the free zone. As many as 1,500 direct jobs are expected to be created as a result of this venture, said Ali Tabouk, CEO — Salalah Free Zone Co, part of Asyad Group.

“According to the WTO report for 2017, total exports of WTO countries amounted to approximately $17.43 trillion.

Due to the Sultanate’s strategic location on international trade lines and global facilities ready to handle all kinds of goods, this investment will enhance the Sultanate’s success as an International hub for wholesale and merchandise trade for the Gulf region, Yemen and East African countries,” Ali Tabouk said in a tweet posted on Thursday.

A week ago, Salalah Free Zone signed a sub-usufruct agreement with National Steel Company of Saudi Arabia for the establishment of a major steel manufacturing and fabrication complex at cost of around $500 million. Construction work on the project, boasting a capacity of 150,000 tonnes per annum, is expected to commence in Q1 2020.

Two-thirds of the plant’s output is destined for export to regional market, according to National Steel. This output will comprise various steel products used in the manufacture of refrigerators, generators, panels, steel roofs, heavy structures for large commercial and residential buildings, bridges, commercial complexes, factories and gas stations.