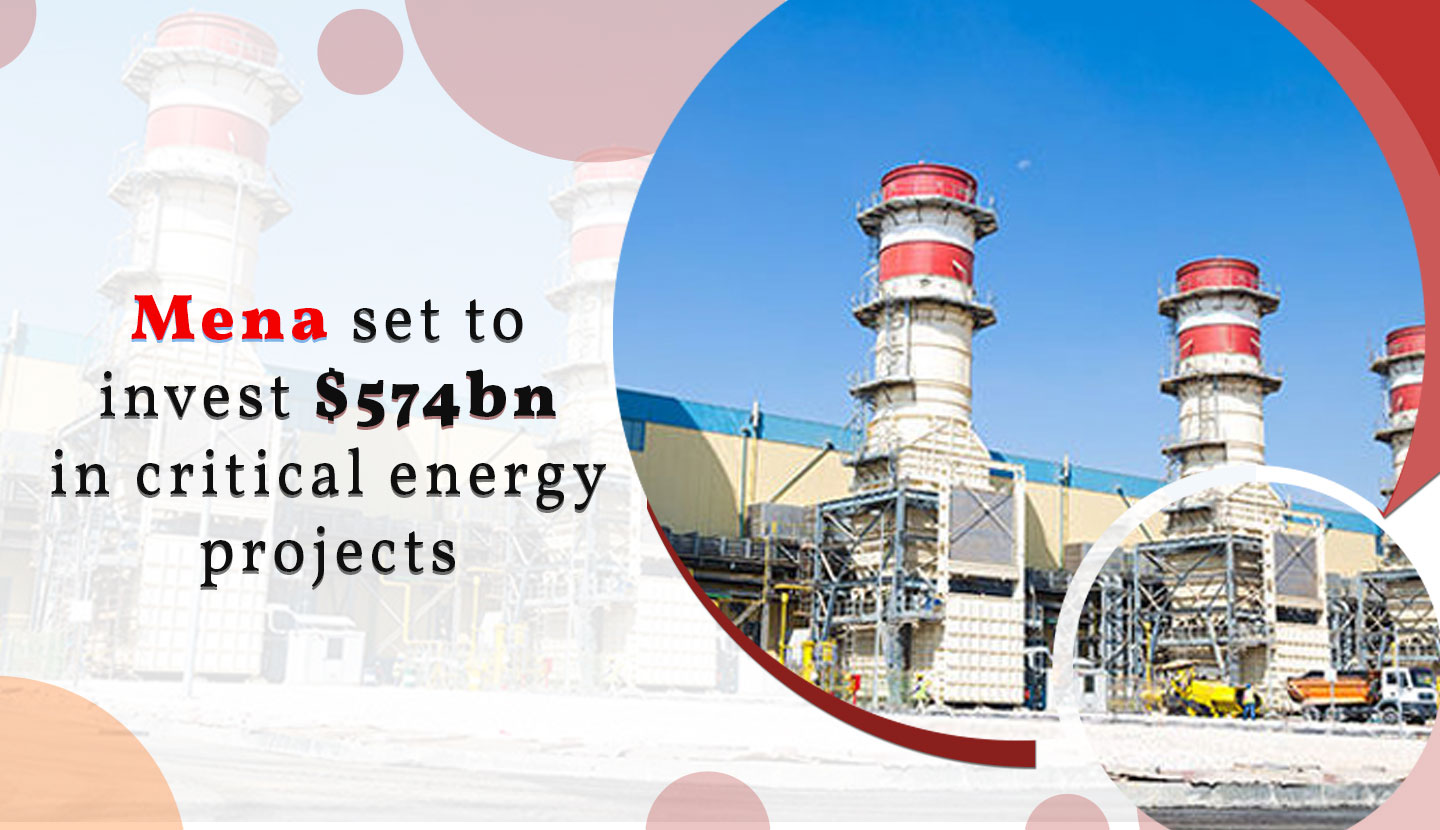 The Middle East and North Africa (Mena) region has already committed $345 billion to critical energy projects under execution while an additional $574 billion worth of development is planned over the next five years, bringing total committed and planned investments up to $919 billion to meet growing demand and demographic and urban expansions, according to a report by Arab Petroleum Investments Corporation (Apicorp).

Of the planned $574 billion Mena investments, the power sector accounts for the lion's share worth $187 billion, while the oil and gas sectors will represent $169 billion and $150 billion respectively, with the remaining investments in petrochemicals, said the 'Mena Energy Investment Outlook' report prepared by Apicorp Research Unit.

'The GCC is driving investment in the region and will be well positioned on the back of increased prices with Saudi Arabia and the UAE representing 38 per cent of planned investments, at $149 billion and $72 billion respectively, between 2018 and 2022, as both countries look to boost their upstream oil and gas sectors, it stated.

Elsewhere, planned investments between 2018 and 2022 are estimated to be $72 billion in Egypt, $59 billion (Kuwait), $58 billion (Algeria), $37 billion (Iraq), $9 billion (Oman) and $5 billion in Bahrain. The planned projects for the remaining GCC countries are poised to reach $57 billion for the period.

Projects under study represent by far the largest portion of planned investments, at $251 billion. Projects under contract bid amount to $92 billion, while those under design reach $86 billion, the report stated.

Apricorp research team said it expects the Mena region to continue investing heavily as major energy-exporting countries expand the size of their energy sector and strengthen their positions in global markets.

Committed investments in the energy projects currently under execution are estimated at $345 billion for the five-year period. The oil sector accounts for the largest share of investments at $131 billion, with the majority in upstream projects.

Total committed gas and power investments are approximately $106 billion and $95 billion respectively, followed by chemicals at $14 billion. The GCC represents $171 billion in committed investments, approximately 50 per cent of the Mena total, it added.

A breakdown showed that Iraq was the largest investor with $47 billion as oil investments account for $27 billion, followed by UAE at around $45 billion, with upstream investments in Upper Zakum and power projects like the Barakah nuclear power plant accounting for a large proportion of investments over the outlook period, said the Apicorp in its report.

Saudi Arabia has committed an estimated $42 billion for the outlook period, of which $14 billion will be in the power sector, it added.

Apicorp is a multilateral development bank wholly owned by the member states of the Organisation of Arab Petroleum Exporting Countries, and is devoted to investing in, financing and providing advisory services to the Arab energy sector.