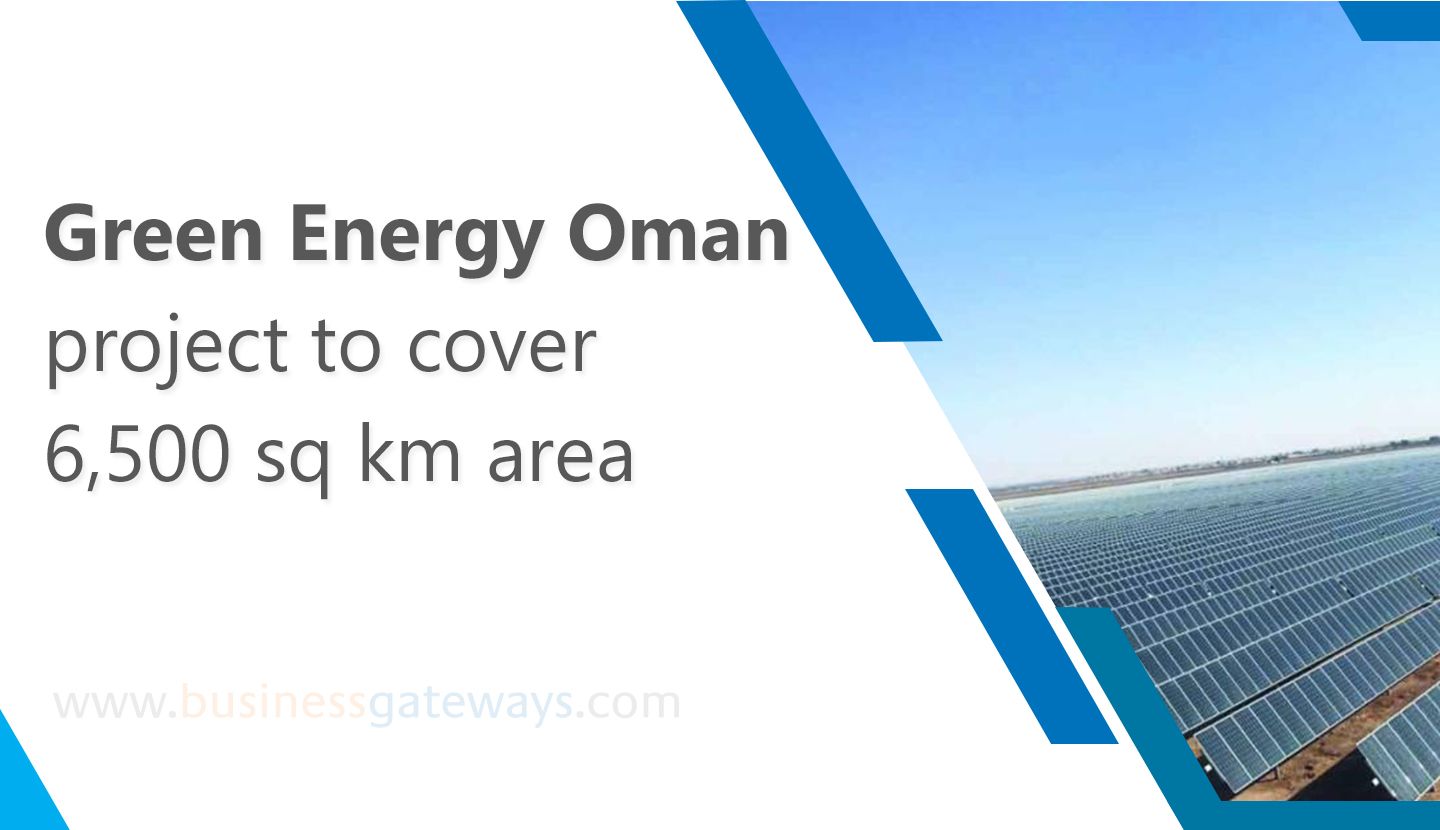 A global-scale green hydrogen project being spearheaded by an international consortium led by OQ, the globally integrated energy group of the Sultanate of Oman, will be developed on vast desert expanses covering a total area of about 6,500 sq kilometres, a key project official has revealed.

The mega venture, recently rebranded as ‘Green Energy Oman’ (GEO), ranks among the largest of its kind globally. When fully operational, it will be large enough to meet the green energy (green hydrogen and its derivatives like green ammonia) requirements of Oman, the wider Gulf region and, to some extent, the international market as well.

“To meet the future demand, the GEO consortium believes it is necessary to build a large-scale project from the beginning, rather than have several small projects at a time, and due to the synergies offered by a large project, there are several key parameters that are optimized, such as by reducing the levelized cost of hydrogen and ammonia,” said Al Rawas.

The large scale of the project, he further added, will also help optimise the Capex cost, while any small fluctuations in electricity output – due to the project’s dependence on solar and wind resources – will have a lower impact on the overall system.

Speaking at the Green Hydrogen Summit Oman (GHSO), which was held in Muscat last week, the Project Manager said the GEO project, powered by 25 gigawatts (GW) of solar and wind generation capacity, will produce 1.8 million tons per annum of green hydrogen and 10 million tons of green ammonia at full capacity.

“Oman has high potential to be a major producer of green hydrogen, taking into consideration the potentially low levelized costs of energy and hydrogen, the huge government support, proximity to markets in the East and West, and the presence of infrastructure that facilitates such large scale projects,” he pointed out.

Favourable solar and wind conditions make the Duqm area of Al Wusta Governorate the “most suitable location” for the implementation of the project, said the official. Complementing this feature is the availability of vast tracts of flat land within and around the SEZ in Duqm and its proximity to export infrastructure on the coast.

“The plan for the GEO project is to select up to 6,500 sq km of land to set up wind and solar generation sites,” said Al Rawas. “Although this may seem like a large area, in reality, the footprint of the upstream facilities will be much smaller than 6,500 sq km, and will amount to more or less about 10 per cent of this area.”

The midstream components, comprising the electrolysers, air separation system and associated piping infrastructure, will be integrated with a downstream green fuels processing hub, which will be located close to Duqm SEZ and Ras Markaz, where a major crude oil terminal and storage park is under construction.

A Final Investment Decision (FID) targeted sometime in early 2026 will pave the way for construction work on the mammoth project to commence in 2027. Implementation is envisioned over a 10-year period with expansions dictated by international demand for green energy. The project itself will have an operational life of around 50 years, he added.

Partners in the GEO consortium include Enertech of Kuwait and Intercontinental Energy (ICE).