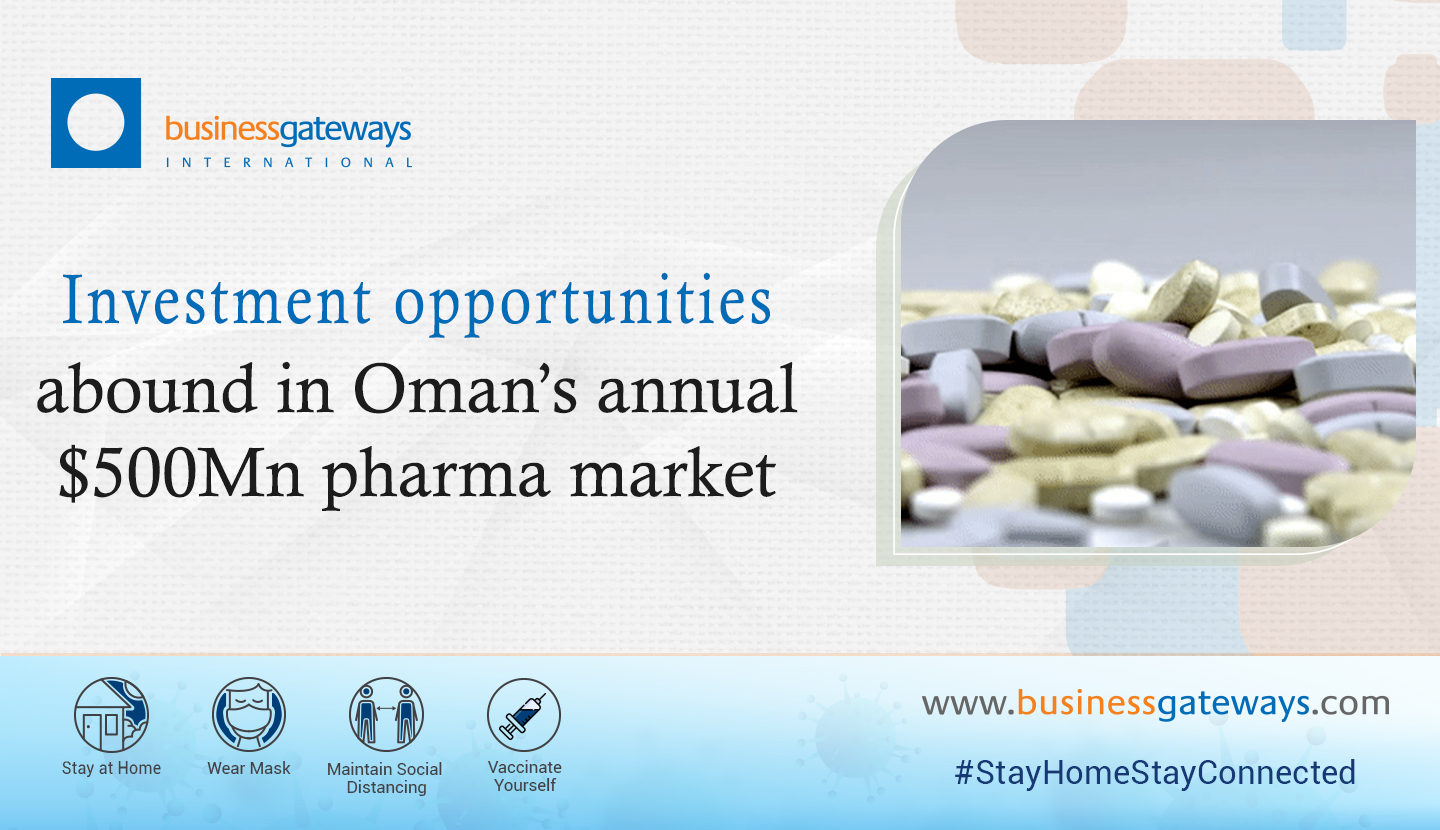 Imports currently make up the vast bulk of the estimated $500 million spent annually on pharmaceutical products and medical devices consumed in the Sultanate, underscoring the strong potential for investment in this key sector, according to officials of the Ministry of Health.

Taking part in an online webinar recently, Ahmed bin Abdullah al Khonji, Adviser for Development Affairs, and his colleague, Dr Mohammed, noted that local pharmaceutical production accounts for barely eight per cent by value of the Sultanate’s total annual demand. This leaves open a lucrative and diverse market for investment in a wide range of products, medical devices, consumables, expertise and services spanning this vital sector, they noted.

The comments came in a webinar on the theme, ‘Connecting Denmark to Oman’s Business Opportunities’, organised by Business Gateways International, with the support of the Ministry of Commerce, Industry and Investment Promotion. Topics covered during the online discussion included energy efficiency, renewable and alternative energy development, food security, and healthcare.

The domestic pharmaceutical manufacturing industry is still in its infancy, but growing, according to the officials. Of five companies in operation, three focus on finished products, while the other two have varying capabilities in raw materials and semi-finished goods production as well. But they are long way off from meeting Oman’s requirement of pharmaceutical goods and medical devices, which is growing at the rate of about 10 per cent annually, they said.

Significantly, the healthcare sector is currently almost entirely dependent on imports when it comes to pharmaceuticals such as biosimilar injectables, oncology products, insulins and vaccines, as well as consumables like face masks, gloves, blood sample tubes, blood bags, and disposable syringes.

Likewise, all of Oman’s requirement of large and small volumes parenterals (IV fluids) is being sourced from abroad, although the country’s first-ever IV fluids production facility is currently under construction in Salalah. Equally promising are opportunities in bioequivalence testing facilities, which are currently lacking in the country and in the wider region as well.

Outside of pharmaceutical production and medical device manufacturing, investment opportunities also abound across the wider healthcare landscape of the Sultanate, according to the officials. These avenues span building and construction projects, human resources development, and Artificial Intelligence use in healthcare management.

Notable are plans for the roll-out of renal dialysis services to be provided by the private sector on a public private partnership (PPP) basis. A consultancy study is currently looking at the financial, technical and legal aspects of the initiative before it is floated for competitive bidding, according to the officials.

Also due to be offered for implementation on a PPP basis is a drug rehabilitation centre similar to the one currently planned in Suhar with funding support from corporates.

Additionally, the Ministry foresees the potential for private investors to provide specialist services necessary to operate four 150-bed hospitals currently under development at different locations around the Sultanate. These opportunities relate to the provision of nursing services, medicine supply, rehabilitation, and so on.

Significantly, the private sector currently accounts for a 19.9 per cent share of total healthcare services market in the Sultanate – a figure that the government is eager to see significantly ramped up going forward.