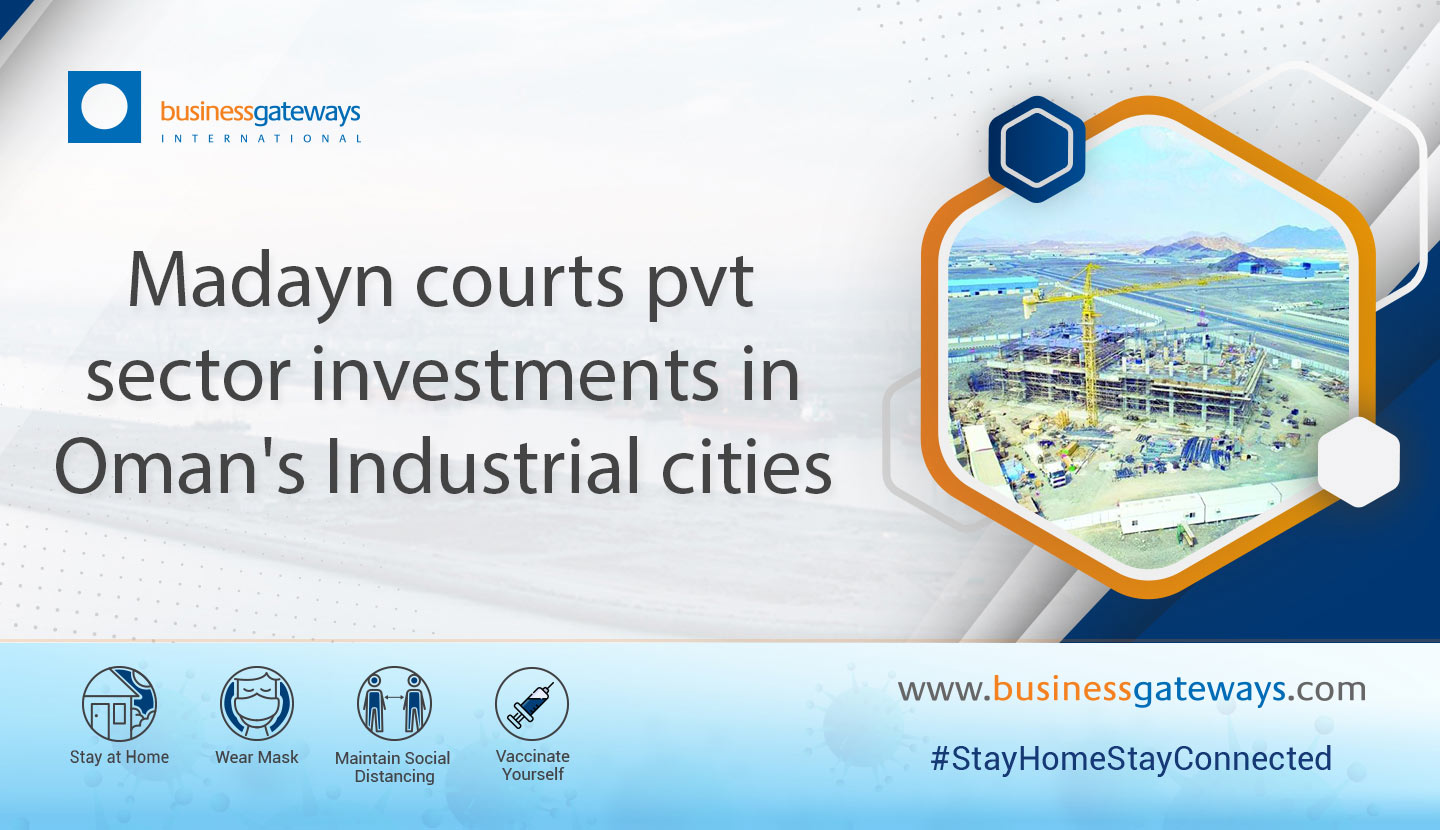 The Public Establishment for Industrial Estates (Madayn), the national entity overseeing the Sultanate’s expanding network of manufacturing parks, has opened up a number of industrial cities – existing and greenfield – for local and international investment. Opportunities for investment range from the development and operation of business hotels, at one end of the spectrum, to the management and operation of new industries cities based on the public-private-partnership (PPP) model, at the other end.

An outline of these opportunities has included in a catalogue of projects currently being promoted for investment by Oman’s Ministry of Commerce, Industry and Investment Promotion (MoCIIP). The 90-odd project proposals span multiple sectors, including manufacturing, tourism, logistics and fisheries, that are key to achieving the country’s economic diversification goals. In Dhofar Governorate, Madayn has identified the potential for investors to support the development of an Industrial Logistics City at Marmul where many of Oman’s oil and gas operations are located.

A role for the private investor will cover the “total development of the industrial logistic city, starting from the establishment of the master plan and ending with the construction of the infrastructure”, according to details shared by MoCIIP. Marmul Industrial Logistics City is proposed to be established on a 10 million sq metre site. The total investment size is about RO 52.5 million A similar role is also envisaged for investors looking to support the development of a new industrial city at Thamrait, also in Dhofar Governorate.

An area of around 4 million sq metres has been earmarked for the new manufacturing and industrial hub. The investment size is about RO 24 million, according to authorities. Shinas in North Al Batinah Governorate is also tipped to host an industrial city on a roughly 5 million sq metres site. Private investors have been invited to look at the end-to-end masterplan design, as well as infrastructure development of the site. The investment size is about RO 30 million.

In Al Dakhiliya Governorate, Madayn has outlined the potential for private investment in a commercial public warehousing facility planned within Samayil Industrial City. Investment in the facility, covering an area of 60,000 sq metres, is about RO 3 million. It is proposed to be implemented on a Design, Build, Own and Operate basis. Likewise, Madayn has invited private investment in the development and operation of a hotel and business centre in Buraimi Industrial City in the north of the country. Total investment in the joint development is about RO 6 million. New investment inflows targeted by Madayn as part of its Vision 2040 strategy are projected to lift its cumulative investment size to about RO 15 billion by 2040. An estimated 6500 projects are expected to be in operation across its sizable network of industrial cities distributed across the Sultanate of Oman.