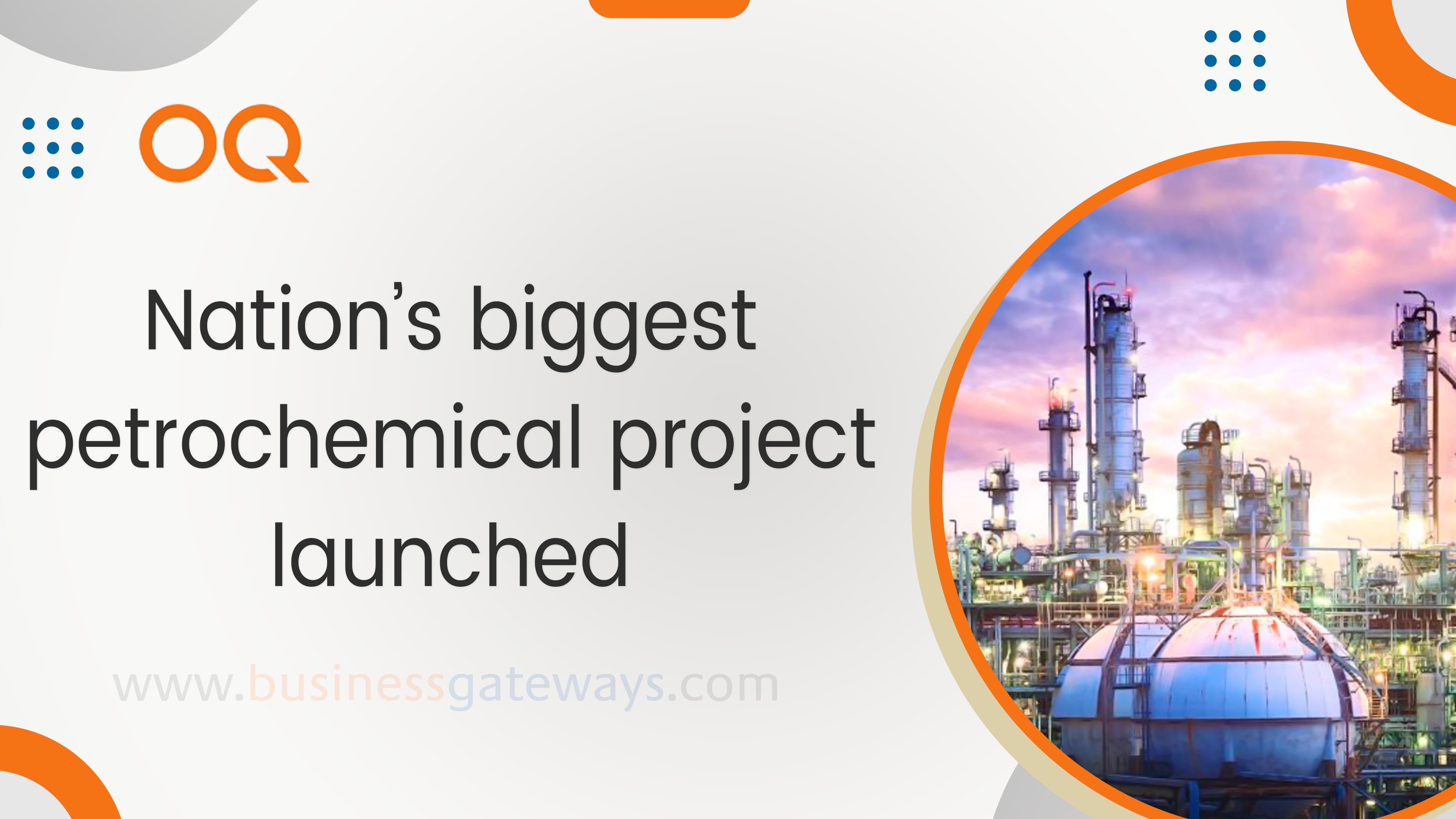 His Highness Sayyid Asaad bin Tarik al Said, Deputy Prime Minister for Relations and International Cooperation and the Special Representative of His Majesty the Sultan, presided over the launch of the RO 2.7 billion LiwaThe successful completion of the project, located at Sohar Industrial Port, is part of the government's plans to diversify sources of national income and promote downstream manufacturing investment opportunities in the petrochemicals sector aimed at maximising the value of Oman's natural resources.

The launch event, attended by dignitaries from the government, public and private sectors, was held against the backdrop of celebrations marking the 51st National Day of the Renaissance. Eng Talal bin Hamed al Awfi, CEO of OQ Group, said: “This project adds a new dimension to the nation’s current economic development as it is one of the most important and largest undertakings in the Sultanate of Oman's industrial sector with the potential to stimulate investments in downstream industries and small and medium enterprises (SMEs) in line with OQ Group’s strategy to drive sustainable development.

The opening of this project is an illustration of OQ Group keenness to harness its industrial and investment capabilities in unlocking the full potential of the petrochemicals sector and optimizing the utilisation of Oman's oil and gas resources." The CEO of OQ affirmed the Group's determination to move forward in enhancing the local value addition and In-Country Value (ICV) development by supporting downstream manufacturing industries associated with this project, which incorporates modern technologies to manufacture high-quality polymers. "OQ has attached the utmost importance in building the capacity of the Omani youth, and enriching their skills in the unique technical disciplines that are introduced through this project for the first time in the Sultanate,” he noted, adding that around 337 qualified young Omanis have been trained and equipped to be part of this complex.

Liwa Plastic Industries Complex consists of four key components, of which the second, third and fourth components are currently in commercial operation, with the integrated commercial operation of the first completion on track to reach full production capacity by the first quarter of 2022 in line with the project delivery schedule. The In-Country Value (ICV) generated by the project during its construction phase amounted to approximately RO 578 million, which was spent on the procurement of local goods and services, as well as training and support for SMEs. The project aims to strengthen the industrial sector by producing 880,000 tons annually of polyethene (the basic raw material at the heart of about 40 per cent of all types of plastics produced worldwide) and about 300,000 tons per year of polypropylene, which will increase Oman's production of the two polymers to 1.4 million tons per year, said Eng Al Awfi, adding that output from the complex totalled 474,000 tons by the end of October 2021. (With inputs from ONA) Plastics mega project of OQ, the globally integrated energy group of the Sultanate of Oman.